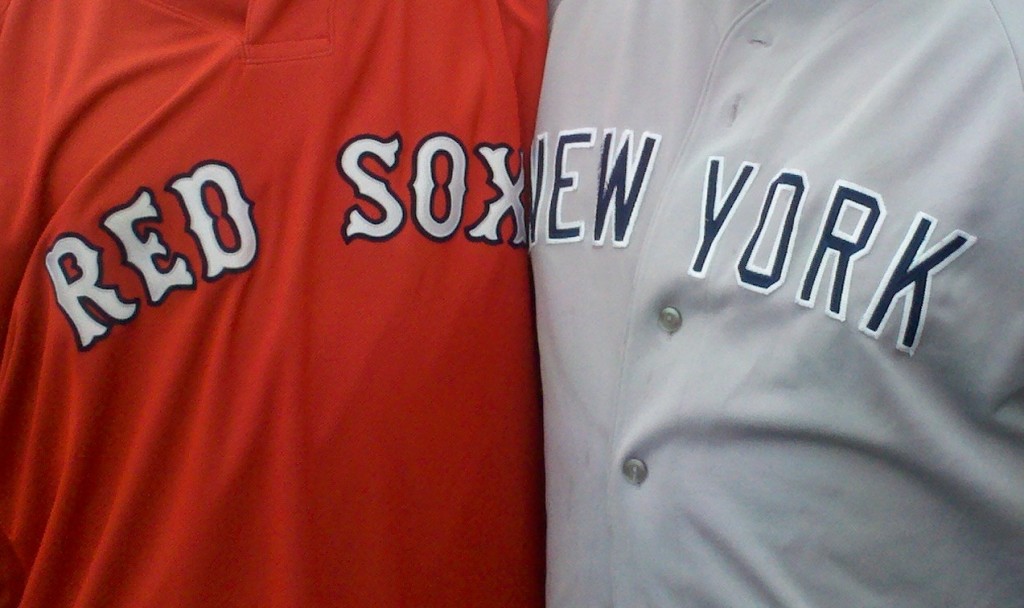 Growing up in Southern California, I was always struck by how few Angel fans I came across. A big part of this, of course, was the winning tradition the Dodgers had established, appearing in the World Series in 1974, ’77, and ’78 before winning it in 1981. In recent years the Angels have made inroads with increased on-field success, an ambitious marketing campaign, and a handful of flashy (if misguided) free agent signings. It also doesn’t hurt that the future of their franchise (Mike Trout) is everyone’s Golden Child, while the Dodgers’ phenom (Yasiel Puig) is more of a Problem Child.

Even so, this has always felt like Dodger Territory, and now the New York Times confirms that with the coolest interactive map you’ll ever see. Gleaning info from Facebook, researchers examined baseball team preferences in every zip code in the nation, and the result is fascinating. Two things jump out: one, the famous Munson-Nixon line separating Yankee Universe and Red Sox Nation is a bit farther east into Connecticut than previously thought; and two, there are Yankee and Red Sox fans EVERYWHERE.

Also, Pineda gets a 10-game suspension.

wow, that's totally cool. I'll have to read more closely later but thanks for sharing that.

I think Pineda might have looked at what happened the time that it was on his hand, and nobody made too big of a deal about it, and players on the Red Sox hardly objected, and he thought it would work again.

Looks like Anna is back to the minors. I was a bit surprised by that though i'm sure something had to give in the infield.

Great map. Looks like there's lot's of gray all across the country. Nice to see that the Yanks are 3rd in my town (behind the Nats and the O's, of course). That's a surprise. Woulda thought Phils were 3rd, or even Pittsburgh.

On Pineda: is there a bigger dope anybody can recall? Not a PD user, or crazy-nuts, but just a plain dope in Yankee history?

Am I crazy in thinking that 10 games is crazy? It's 1/5th of a steroid suspension for something that seems to be universally acknowledged to be near-universal!

He had to be thrown out and he had to be suspended, but let's be frank here - flat out, the crime he's guilty of is stupidity - and basically absolutely nothing else.

I think 5 games is reasonable and appropriate.

It was comical, it was ridiculous, something had to be done, but 10 games? That seems as dumb to me as the crime.

Two comments on the map:

1) I wonder if it under-represents young people who use something other than Facebook and old people who aren't on Facebook.

2) I spent 5 years in New Haven, plus a heck of a lot of time on top of that, and I never once felt like I was living in a Yankees town. The town just never seemed to care much about baseball, or really any sports, for that matter. If it's a Yankees town, it seems like they kept their preferences pretty under the wraps.

[6] I think ten games is to ensure that he misses at least one start; a savvy manager could easily configure a starting pitcher's start around a five game suspension so he's still relatively on track. If there's an off-day or PPD during those ten days he potentially misses just one start if I'm correct.

[5] On Pineda: is there a bigger dope anybody can recall? Not a PD user, or crazy-nuts, but just a plain dope in Yankee history?

[6] He's a starting pitcher. If they give him a five game suspension, it just pushes his next start back by one day. That's a silly punishment.

6) Whether it is or not the rule is written that it is an automatic 10 game suspension.

[8] Why not like 8 games, then, to insure the start is missed, but not to mess with the rotation twice?

[10] I thought I read that it was only automatic in the minors. I guess you can't believe everything you read on the internet. Bonjour.

My niece texted me saying she was taking crap from Mets fans about it. First off, Mets fans have nothing to talk about in regards to cheating of any sort. Second, if it really gets people that up in arms, then it's time to throw Gaylord Perry out of the Hall of Fame. Let's not start with the double standards, after all.

[13] Heh, I'm not buying it. I drive through a lot of areas that are clearly Mets territory, but I'm guessing that their fans don't have a lot to root for in the present and they CERTAINLY aren't willing to visibly support the Wilpons. As for the A's, I couldn't tell you. Maybe it's the Curse of Sandy Alderson?