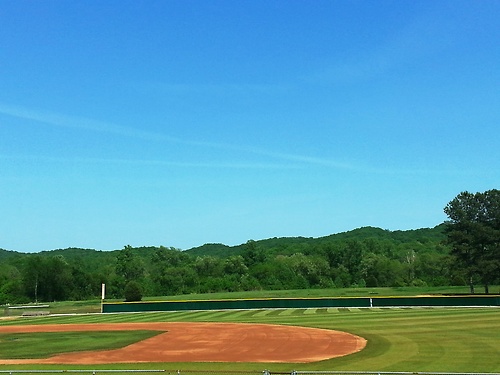 At 2:00 p.m. yesterday, David Price was at Tropicana Field throwing. I saw footage of it last night and wondered if he was out there out of routine or to say farewell to the only professional team he’s ever played for. According to Marc Topkin:

Price has been pitching for weeks knowing a trade was possible. But he had hoped, even Thursday, when he went to play golf and swung by the Trop for a workout, that it wasn’t going to happen.

“It’s tough to put into words,” he told the Tampa Bay Times. “There’s absolute sadness. This is where I’ve been the last seven years. I love the guys, I love being here. It’s different.”

I also saw a clip of Austin Jackson being called off the field in the middle of an inning, hugging teammates in the dugout. Four-and-a-half years with the Tigers and goodbye. Then I saw this article linked over at Hardball Talk.

Yeah, I know this is just business–it’s Chinatown, Jake–but I couldn’t help but feel for the sense of loss these men–and their former teammates, not to mention fans–were experiencing.

Classy ovation from the Tigers fans.

It was cool watching the MLB Network yesterday a little after 4 o'clock. They were showed several ballparks where guys were walking off the field hugging everyone. The studio guys didn't know details other than these guys were traded.