< In Praise of the The Greasy Spoon      BGS: Occupied Territory > 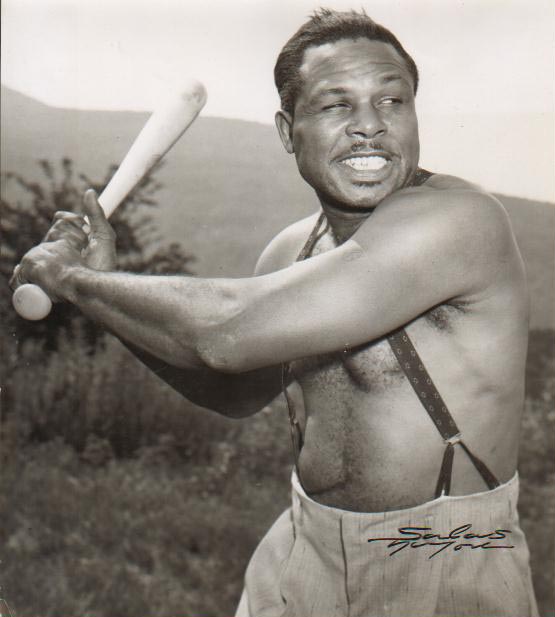 Bunch of years ago, my pal John Schulian hipped me to “The Mongoose”, Jack Murphy’s long 1961 New Yorker profile of Archie Moore. Murphy was a sports writer in San Diego–you remember, they named the ballpark after him–and this was a one-off freelance assignment. It’s a really nice, meaty piece. Reason you won’t find it in any boxing anthologies is because it’s just prohibitively long.

Enter–the Internet! It took awhile to secure the rights–a few years of hunting around, in fact–but I’m proud to finally bring it to you. So if n your interested, head on over to The Stacks and check out this story about one of boxing’s great characters:

Moore is acutely aware of his special position as a champion—and, more particularly, as a Negro champion. “A Negro champion feels he stands for more than just a title,” he says gravely. “He is a symbol of achievement and dignity, and it is tough to be a loser and let down a whole race.” In 1959, not long after the Durelle fight, Sam Goldwyn, Jr., invited Moore to try out for the role of Jim, the runaway slave, in a movie version of The Adventures of Huckleberry Finn. Both Moore and his wife were leery of what they called “handkerchief-head parts,” and a Negro publication cautioned him against taking an “Uncle Tom” role, but he proceeded with the screen test, was offered the part, and signed a contract with Goldwyn.

Moore is unconscionably proud of the fact that he won the role in competition with professional actors as well as amateurs. (Among the latter was Sugar Ray Robinson, who was then the middleweight boxing champion. “Ray lost the part because he was too sleek,” said Archie. “They didn’t have sleek slaves in those days.”) Moore has boasted about how, although he was training for a title fight at the time, he memorized a sixteen-page transcript for his screen test and went before the cameras after only one rehearsal. The way he tells it, his performance in the test alone entitled him to an Oscar. At the end of the scene, as he recalls it, the professionals on the set—electricians, stagehands, and the like—broke into spontaneous applause. “Tears came from the director’s eyes,” says Archie. “Goldwyn was dabbing his eyes and shaking his head in wonder. An electrician told me it was only the second time in 30 years that he had seen such emotion during a test.” However accurate these recollections may be, the director of the movie, Michael Curtiz, appears to agree with Moore’s own estimate of his talent. “Archie has instinctive acting ability,” said Curtiz. “He seems to know just the right inflection to give a line, and his facial expressions are marvelous.”

When Moore first saw the script of the movie, he noted that the offensive word “nigger” appeared in it now and again, but he said nothing about this until the part was his and the contract signed. Then he began maneuvering. “I’m not a clever man, but I know how to get things done,” he said later. “The script used the word ‘nigger’ at least nine times. I went through it with a pencil and struck out the word everywhere I found it. Then I took it up with Mr. Goldwyn. I told him I couldn’t play the part unless he would agree to the deletions. I told him, ‘You are a young man, Mr. Goldwyn, and times are changing. How could I play this part when it would cause my people to drop their heads in shame in a theater?’ Goldwyn thought about it and he agreed with me. He ordered the deletions. The man who wrote the script was furious; his anger meant nothing to me. I had saved my people from embarrassment.” (Actually, the word was used only once in the movie, and then when Moore was offstage.)

Glad you dug it, man. Really, I've pined for this one for a long time. Proud to re-present it to the world.