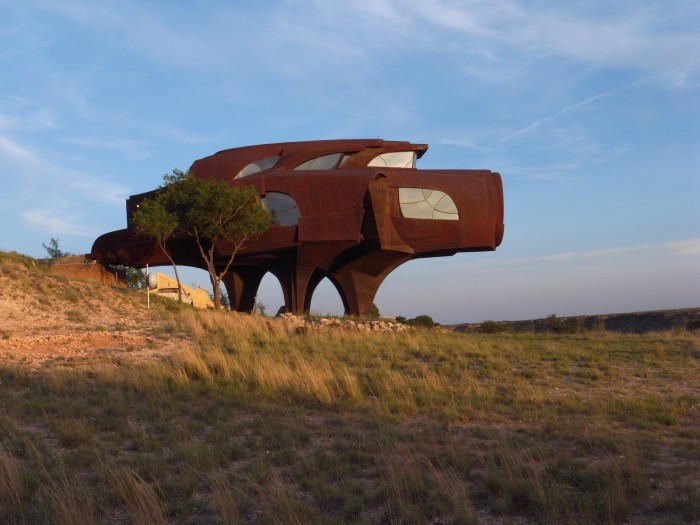 The house itself is unoccupied and has been since 2008, when Robert Bruno, the charismatic if somewhat mysterious sculptor who had made the house his life’s work, died at age 64 after a prolonged battle with colon cancer.

As meticulous as he was capricious, Bruno had built the house with virtually no assistance over the course of some 30 years, designing and modifying it as he went, frequently tearing out portions that no longer pleased him. On an apparent whim, he was known to jettison months of work. It was a process that seemed to take as many steps backward as forward and left friends and neighbors to wonder if he would ever finish. Indeed, after so many decades, they had come to understand that finishing was something that didn’t matter to him.

“The truthful answer is it was unimportant,” says Dudley Thompson, a retired Lubbock architect who was a longtime Bruno confidant. “I visited him frequently while he was doing it. It rarely came up. He just enjoyed doing it. … The doing it as he thought it should be done was his only priority.”

The work, not the end result, was the thing for Bruno.