The General Who Never Was 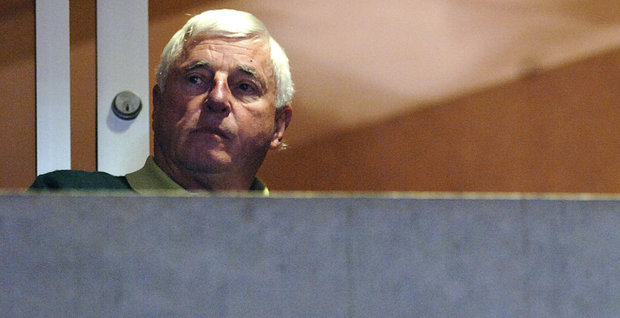 Sometimes a story comes along, jumps out at you, and won’t let go. Such was the case last year with Jeremy Collins’ beautifully-rendered memoir piece, “Thirteen Ways of Looking at Greg Maddux.” It took a long time for the story to come together for Collins and when I finished my only concern was, “Maybe that’s all he’s got.”

Then he let me reprint an earlier variation featuring Sly Stallone and Rocky. It doesn’t have the same polish or control as the “Maddux” story, but it’s still really strong, proof that perhaps Collins is more than a one-trick pony.

Now comes his latest for SB Nation Longform, “The General Who Never Was,” a profile of the scoundrel Bobby Knight. It’s another beaut–told with precision and care:

What were the obstacles standing in Knight’s way of creating an enduring legacy? It wasn’t complicated. Zero-tolerance? Try common sense. All Knight had to do, in the words of former Indiana Trustee Ray Richardson, was “stop being a jerk. Try being a decent guy.” Or in the words of Kurt Vonnegut, a Hoosier who had seen war: “There’s only one rule that I know of, babies — God damn it, you’ve got to be kind.”

In the end, I’m not sure what Knight saw when he looked out into the faithful crowd of fans and followers. Maybe in the blurry smokescreen of self-regard he didn’t see us at all. Not once did he mention the power of reading or wish the high school students in the stands well. Barely once in the onslaught of self-sentiment could he even speak the name of our shared motherland: Indiana, In-dee-anna, Indiana.

Instead, he put his hand up in an oddly formal gesture of farewell and held it there. Just like at Dunn Meadow back in 2000 after he asked everyone to bow their heads and observe a moment of silence in honor of himself and his family.

Never good at goodbye, I shouldn’t have expected more.

My pal Glenn Stout, series editor of the Best American Sports Writing and longform editor at SB Nation, has done a stellar job of shepherding young storytellers these past few years. So far–at least to my mind–Collins is his best find, a true breakaway talent. Can’t wait to see what he comes up with next.