The Miseducation of Alex Rodriguez 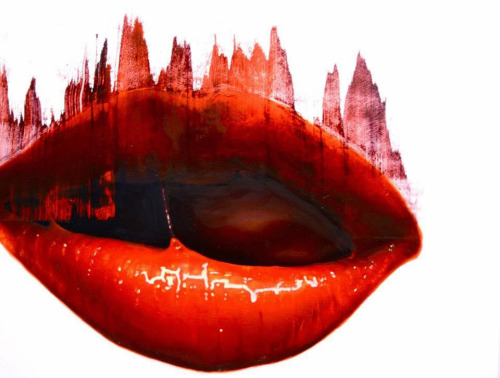 More often than not, the mention of Alex Rodriguez in polite company triggers one of a spectrum of deeply conditioned responses. Pained ugh. Guttural groan. Exaggerated eye roll. Hundreds of baseball players have been caught using steroids, including some of the game’s best-known and most beloved names, but somehow Alex Rodriguez has become the steroid era’s Lord Voldemort. Ryan Braun? Won an MVP, got busted for steroids, twice, called the tester an anti-Semite, lied his testes off, made chumps of his best friends, including Aaron Rodgers, and still doesn’t inspire a scintilla of the ill will that follows Rodriguez around like a nuclear cloud.

Schadenfreude is part of the reason. Rodriguez was born with an embarrassment of physical riches — power, vision, energy, size, speed — and seemed designed specifically for immortality, as if assembled in some celestial workshop by baseball angels and the artists at Marvel Comics. He then had the annoyingly immense good fortune to come of age at the exact moment baseball contracts were primed to explode. Months after he was old enough to rent a car he signed a contract worth $252 million. Seven years later: another deal worth $275 million. Add to that windfall another $500 million worth of handsome, and people were just waiting. Fans will root for a megarich athlete who’s also ridiculously handsome (body by Rodin, skin like melted butterscotch, eyes of weaponized hazelness), but the minute he stumbles, just ask Tom Brady, they’ll stand in line to kick him in his spongy balls.

Rodriguez’s defenders (and employees) are quick to say: Sheesh, the guy didn’t murder anybody. But he did. A-Rod murdered Alex Rodriguez. A-Rod brutally kidnapped and replaced the virginal, bilingual, biracial boy wonder, the chubby-cheeked phenom with nothing but upside. A-Rod killed the radio star, and his fall from grace disrupted the whole symbology and mythopoesis of what it means to be a superhero athlete in modern America.

this is a no-joke, big time piece of sportswriting right here

Yeah. I haven't read it yet but am looking forward to it.

There's a ton to unpack here, the least of which is Barry Bonds making a cameo as some kind of Yoda, but suffice it to say I'm rooting hard for the guy

[3] Me too. An excellent interpretive analysis of a very complicated man (and yes, I did read the whole thing).

Great article! I have been hard on Alex, but I now find myself rooting for him. I love a good redemption story, we are all flawed and we all do dumb things.

Yeah, and most of us are dumbasses in a private way. Be interesting to see if he's got anything left. I don't really expect anything. Being in shape is one thing, being able to turn around 98 mph heaters and square-up nasty breaking pitches, is another. But, as Dimelo says, I'll be rooting for him.

Interesting article. One thing that stood out to me was there were no quotes from Alex, which has to be a first for such an in depth view of a person who's not only alive, but the author has access to. And it's because, as the article states, we don't believe anything he says at this point.

For such a gifted athlete, he's incredibly insecure, which I think he's finally recognizing. I get the part about his father leaving, but why be insecure about college? His friend Derek Jeter also didn't go to college, there are many in baseball who went into the draft out of high school.

I found it a well written article. The only thing that stuck with me after reading it was how they sort of ignored his Texas-era steroid use. Sure there was mention of Boli and "tic-tacks" when Yuri was introduced, but otherwise the tone seemed to skip from super star youth to 2009 hero to 2013 disgrace. If the article didn't cover his entire lifetime - including his father, mother, etc - then ok - but it had the feel of a career retrospective. All the talk about having to explain to his daughter about Biogenesis related problems - but what about Texas and all the Selena Roberts mess? It felt like that was swept under the carpet. Many of us can rationalize the use in 2010 - an aging injured player looking to hang on - but how to explain Texas?

I don't know what to think. I'm as much a fan of soap-opera stories as the next guy - very curious to see what he has left in Spring Training - but I'm not sure how I feel about it all. When he's on the field I hope he plays well 'cause I want the Yankees to win. That's about all I got right now.

I really honestly hope the story dries up and it's can revert to just baseball.

It will be a non-issue if he can't play. Meanwhile, the Yanks are a relatively dull team, and this is a dull time of year, so Alex gives the papers something to get worked-up about. But hard to figure he'll have much left in the tank on the field.

Also, love this honest response from our man Hiroki: http://hardballtalk.nbcsports.com/2015/02/18/hiroki-kuroda-says-his-years-in-the-majors-were-tougher-than-they-were-enjoyable/

It was a well written piece. Americans and most people in general love a story of overcoming adversity and redemption. In Alex's case I just think it is too much. You only get so many chances until the public writes you off as incurable.

For years Pete Rose professed his innocence and some hapless folks believed him, and then many years and a million lies later, he writes a book and finally confesses. Lance Armstrong had the same deal, and went after his accusers. They would have been forgiven if they didn't hold onto the lie for so long. They delayed justice and perhaps delayed or postponed redemption permanently.

We forgave ARod for dissing Jeter, his forays into roids, and his need to look good while playing and portrait of a centaur, but then he comes back for 2nds of roids and plays the tired victim card again.

I am all for 2nd chances, but with ARod, he makes it hard for you to sympathize with him, and how many chances does someone get?

Someone making that obscene amount of money isn't an underdog. I will root for him as a fan of the Yanks, and they should pay him any home run bonuses that he reaches.

But I can't say that I am a fan of his, and really haven't been since his days in Seattle. It could be that I just didn't know enough about him yet?

This article opens the window into his life more than I have read before, but it isn't as if I am reading "It's a wonderful life." As far as Arod has fallen in people's opinions, he still has a family, lots of money, good looks and he is still a Yankee.

I don't feel sorry for someone with all that.

Those who make a living by writing about others have to come up with a new slant on a familiar story. Alex is now a rich poor soul. He cannot recapture his former glory because the game has passed him by. He hasn't a clue what to do with the rest of his life so he is clinging to the hope that he can still play. I think its a little sad.

I had a dream A-Rod went 5 for 5 in every game this season, but they were all singles.

I kinda reject the idea that the Yankees are "dull," they might not have as many marquee names as in past years but I don't think that necessarily means they're boring. I can't wait to see how guys like Eovaldi, Gregorius, and (eventually) Refsnyder fare. The possibility of full seasons of Pineda and Tanaka is crazy exciting to me. I know that second one is a HUGE "if," but it's February 19th. Cut me some slack.

I'd like to thank this article for adding "Marketing 644" to the short list of possible fantasy baseball team names this year.

14) Good point. Other teams have had more star power but been interesting for all the wrong reasons.