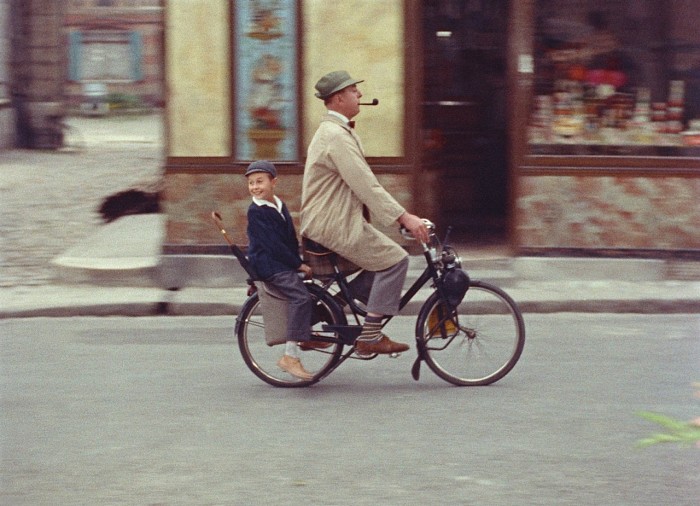 Oliver Sacks, writing in the Times, on learning he has terminal cancer:

I have been increasingly conscious, for the last 10 years or so, of deaths among my contemporaries. My generation is on the way out, and each death I have felt as an abruption, a tearing away of part of myself. There will be no one like us when we are gone, but then there is no one like anyone else, ever. When people die, they cannot be replaced. They leave holes that cannot be filled, for it is the fate — the genetic and neural fate — of every human being to be a unique individual, to find his own path, to live his own life, to die his own death.

I cannot pretend I am without fear. But my predominant feeling is one of gratitude. I have loved and been loved; I have been given much and I have given something in return; I have read and traveled and thought and written. I have had an intercourse with the world, the special intercourse of writers and readers.

Above all, I have been a sentient being, a thinking animal, on this beautiful planet, and that in itself has been an enormous privilege and adventure.

What would you do if you knew you had 2 years left, or less? Would you live your life differently from how you’re living it now? I know I probably would–clear away the clutter, the neurosis, and savor life as much as possible. The trick, of course, is to try and live life as if you knew it was going to end soon.

In the early nineties, I went to the Museum of Broadcasting with a friend to watch Dennis Potter’s final TV interview with Melyn Bragg. Potter was dying and during the interview, he drank liquid morphine to numb the pain. There was no telling if he’d be able to remain lucid but he did and he was beautiful. This is what I remember most:

We all, we’re the one animal that knows that we’re going to die, and yet we carry on paying our mortgages, doing our jobs, moving about, behaving as though there’s eternity in a sense. And we forget or tend to forget that life can only be defined in the present tense; it is is, and it is now only. I mean, as much as we would like to call back yesterday and indeed yearn to, and ache to sometimes, we can’t. It’s in us, but we can’t actually; it’s not there in front of us. However predictable tomorrow is, and unfortunately for most people, most of the time, it’s too predictable, they’re locked into whatever situation they’re locked into … Even so, no matter how predictable it is, there’s the element of the unpredictable, of the you don’t know. The only thing you know for sure is the present tense, and that nowness becomes so vivid that, almost in a perverse sort of way, I’m almost serene. You know, I can celebrate life.

Below my window in Ross, when I’m working in Ross, for example, there at this season, the blossom is out in full now, there in the west early. It’s a plum tree, it looks like apple blossom but it’s white, and looking at it, instead of saying “Oh that’s nice blossom” … last week looking at it through the window when I’m writing, I see it is the whitest, frothiest, blossomest blossom that there ever could be, and I can see it. Things are both more trivial than they ever were, and more important than they ever were, and the difference between the trivial and the important doesn’t seem to matter. But the nowness of everything is absolutely wondrous, and if people could see that, you know. There’s no way of telling you; you have to experience it, but the glory of it, if you like, the comfort of it, the reassurance … not that I’m interested in reassuring people – bugger that. The fact is, if you see the present tense, boy do you see it! And boy can you celebrate it.