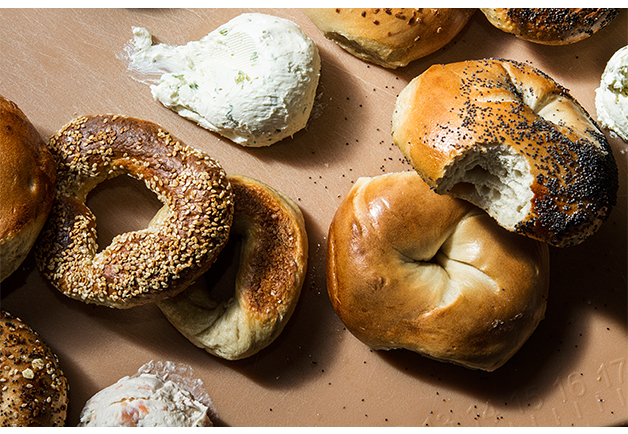 Over at GQ, Alan Richman gives us the 10 best bagels in town.

I won’t abide lousy service in a restaurant, never mind smugness. My wife thinks I’m nuts, even though she’s the same way with clerks in retail stores. I don’t just want a waiter to be attentive, I want them to be warm and knowledgeable.  Earlier this summer, we went a trendy restaurant near Columbia and I asked the waiter what he’d recommend. He pointed at the menu and said, “Well, it’s all really good,  you can’t go wrong.”

On that note, check out this recent GQ column by Alan Richman:

I should long ago have paid attention to this disastrous decline in service. Casualness in restaurants does not automatically make customers feel more relaxed. It often has the opposite effect. Remember how tense my friends became when we received no attention at M. Wells.

I appreciate an atmosphere lacking formality. I love Momofuku Ssäm Bar in Manhattan and Schwa in Chicago, both unpretentious and unfussy—but also attentive. They employ people who know how to take orders, fill glasses, clear plates, drop checks. Neither neglects customers. These days, too many new restaurants do. Their motto might as well be Too Cool to Care.

Well-run restaurants recognize that thoughtful service enhances an evening out, and that a bit of formality might be required in order to reach that goal. Customers these days tend to confuse discipline and manners with arrogance. Perhaps they are remembering the excess stuffiness of decades past. That hardly exists any longer. Arrogance today is exhibited by inconsiderate servers who do almost nothing for customers other than slap plates down in front of them and expect a generous tip. Arrogance is a restaurant believing it can prosper without looking after its customers.

I will tell you what else is extraordinarily self-defeating: We empower popular restaurants, and M. Wells is very much one of them. All we care about is accessibility, getting through the door. Such restaurants are rarely held accountable, no matter how uncaring they might be. I doubt that the people who operate these sought-after spots ask themselves if they are treating their customers properly. They are not obliged to do so.

M. Wells gets the Gas Face.