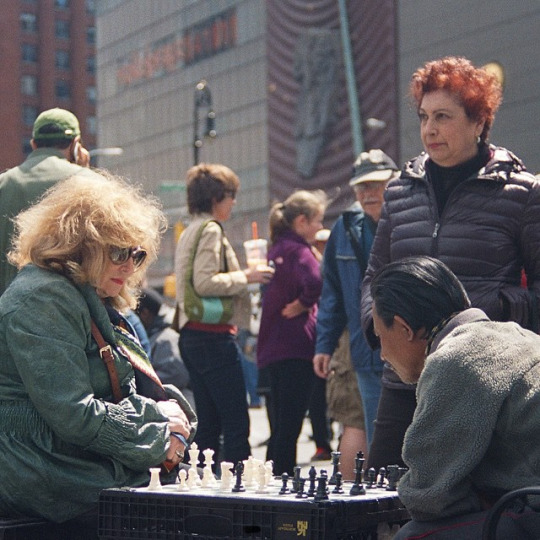 I’ve never been attracted to Chess. It’s too cerebral for me. I don’t have that kind of mind–or the attention span–for such a sophisticated game. But I love how many people dig it and never tire of seeing folks stop what they are doing to sit down and play a game.

Fischer’s remarkable life and personality will surely produce countless more books, and probably movies and doctoral theses as well. But there is little doubt that none of the authors of those future works will be more qualified to write on Bobby Fischer than Frank Brady. A close acquaintance of the young Fischer, a “chess person,” as we call them, himself, as well as an experienced biographer, Brady also wrote the first and only substantive biographical book on him, Bobby Fischer: Profile of a Prodigy (1965, revised edition 1973).

It is hard to imagine a more difficult subject than Bobby Fischer to present in an accurate and evenhanded fashion. He was a loner who trusted no one. His charisma attracted both starry-eyed sycophants and spiteful critics. Fischer had strong opinions of the kind that tend to create equally categorical sentiments in those who knew him—and in those who didn’t. He had a very small family and both his mother, Regina Fischer, and his only sibling—older sister Joan Targ—have passed away. Fischer’s general inaccessibility also led to countless rumors and outright lies about him, making the biographer’s task a challenge.

With all that in mind, Brady’s book is an impressive balancing act and a great accomplishment. Before even picking up the book there is no reason to doubt that Brady liked Bobby Fischer and that he has a friend’s as well as a fan’s rooting interest for the American chess hero. But there are few obvious traces of that in Endgame, which does not shy away from presenting the darker sides of Fischer’s character even while it does not attempt to judge or diagnose it. What results is a chance for the reader to weigh up the evidence and come to his own conclusions—or skip judgments completely and simply enjoy reading a rise-and-fall story that has more than a few affinities with Greek tragedy.

This is a lengthy piece but worth the time. Fascinating stuff.