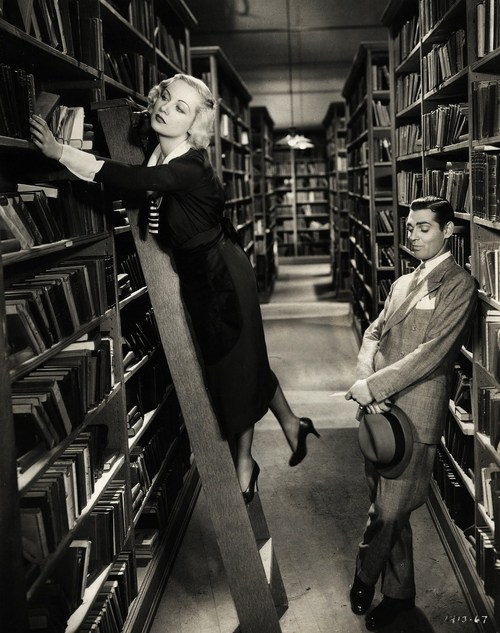 The power of the dream is largely generated by the fact that every now and then it comes true.

“I think that ‘e’ made the whole fucking difference,” she said to me one day, during the time I was directing her in They Knew What They Wanted.  (It should be noted that this was Carole’s normal style of speech. She used the fully, juicy Anglo-Saxon vocabulary; yet it never shocked, never offended because she was clearly using the language to express herself and not to shock or offend).

She was the only star I have ever known who did not want a dressing room on the set. What little make-up she used, she put on herself. She preferred to look after her own hair. All she asked for was a chair and a small table. There she would be, twenty minutes or half an hour before she was due, ready and able. I never knew her to fluff a line. She liked everyone and everyone adored her. She was happy.

On days when she was not required, she would drive in anyway, all the way from the Valley. The first time she turned up on one of those days, I panicked, certain there had been a mistake.

“What’re you doing here?” I asked. “You’re not called today.”

She wanted to be around, to stay with the feel of things. She did not want to lose the momentum of work. On these days, she would hang around the set, watching; come along and look at the rushes; talk to various members of the cast. She was valuable.

I thought her a fine actress, one of the finest I have ever encountered. She was completely untrained, had never appeared on the legitimate stage. She came to Hollywood from Fort Wayne, Indiana, became a child actress, and later went to work for Mack Sennett as one of his bathing beauties. But the movies were growing, the business was burgeoning, and there was room at the top for a beautiful, talented girl.

Tremendously versatile, one of her successes was My Man Godfrey, the so-called screwball comedy, in which she struck new and original comic notes. But she was equally comfortable in serious drama. I remember an early talkie called Ned McCobb’s Daughter, from the play by Sidney Howard, who also wrote They Knew What They Wanted. Her performance in Twentieth Century, opposite John Barrymore, is one of the best ever seen on the American screen. I once complimented her on her admirable range.

“It’s the guys. It’s all those goddamn different studs I’ve knocked around with. You know how it is. You always try to get in solid with the son of a bitch by playing his game. So when I was around with Bob Riskin—the prick never wanted to marry me, can you feature it?—I started in reading books. I don’t mean just bullshit. I mean book books. Aldous Huxley and Jane Austen. Charles Dickens. William Faulkner. Because Bob, he was in intellectual. My first. Brainy as a bastard. And I felt I had to keep up. You know how it is. And then with Russ Colombo, he—Jesus Christ, he was a handsome hunk—with him, I got to know all about music and songs and songwriting and publishers. And about records and recordings and which was the best key and big bands and sidemen and drummers. I even started in writing songs. Sometimes with him. We’d be in the hay and in between we’d make up songs. Can you imagine it? Listen, there were a few times there we got so interested in the songs we forgot to get our ashes hauled!” She laughed.

Has there ever been such a laugh? It had the joyous sound of pealing bells. She would bend over, slap her perfect calf, or the floor, or a piece of furniture. She would sink into a chair or to the ground. She would throw her head back. And you would be riveted by that neck. That throat.

“And not only music. With Russ, I became just about the best goddamn Italian cook there is. I can do anything in that line because I used to do it for him. Learned it. Chicken Cacciatora. Eggplant Parmigiano. Veal Marsala. Squid. Anything. You name it. Now, with Philo it was different. Because, after all Philo. It was legitimate. We were married.” (Philo was her name for William Powell because he had once played the detective Philo Vance.) “With him, it was wife stuff. That’s when I learned how to put a house together, and have everything supplied. And how to take care of his clothes. And what had to be dry cleaned and what not. I mean, I was the best fuckin’ wife you ever saw. I mean a ladylike wife. Because that’s how Philo wanted it.

“And now with Clark it’s the ranch and the horses and the fishing and shooting. The only trouble is—about the shooting I mean—I’ve gotten to be so much better than he is that I’ve got to hold back. I can shoot like a sonofabitch, y’know. Anything. So when you say ‘versatile’—well, I owe it all the boys. They made me what I am today.” 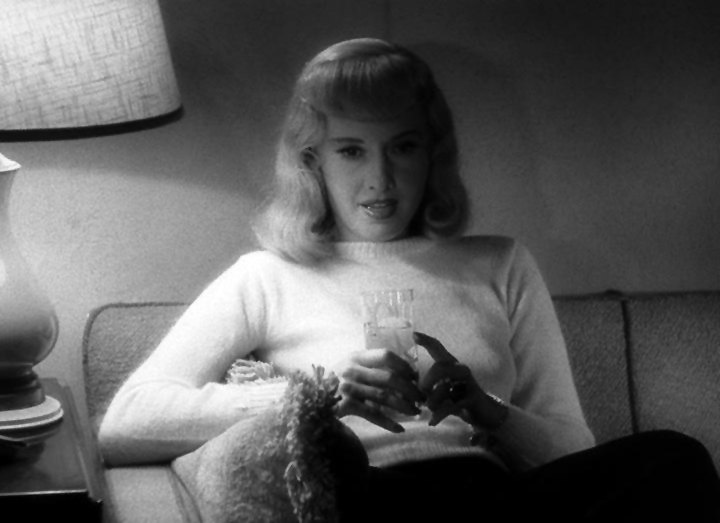 Dig this 1945 Atlantic article on Hollywood by Raymond Chandler:

Hollywood is easy to hate, easy to sneer at, easy to lampoon. Some of the best lampooning has been done by people who have never been through a studio gate, some of the best sneering by egocentric geniuses who departed huffily – not forgetting to collect their last pay check – leaving behind them nothing but the exquisite aroma of their personalities and a botched job for the tired hacks to clean up.

Even as far away as New York, where Hollywood assumes all really intelligent people live (since they obviously do not live in Hollywood), the disease of exaggeration can be caught. The motion picture critic of one of the less dazzled intellectual weeklies, commenting recently on a certain screenplay, remarked that it showed “how dull a couple of run-of-the-mill $3000-a-week writers can be.” I hope this critic will not be startled to learn that 50 per cent of the screenwriters of Hollywood made less than $10,000 last year, and that he could count on his fingers the number that made a steady income anywhere near the figure he so contemptuously mentioned. I don’t know whether they could be called run-of-the-mill writers or not. To me the phrase suggests something a little easier to get hold of.

I hold no brief for Hollywood. I have worked there a little over two years, which is far from enough to make me an authority, but more than enough to make me feel pretty thoroughly bored. That should not be so. An industry with such vast resources and such magic techniques should not become dull so soon. An art which is capable of making all but the very best plays look trivial and contrived, all but the very best novels verbose and imitative, should not so quickly become wearisome to those who attempt to practice it with something else in mind than the cash drawer. The making of a picture ought surely to be a rather fascinating adventure. It is not; it is an endless contention of tawdry egos, some of them powerful, almost all of them vociferous, and almost none of them capable of anything much more creative than credit-stealing and self-promotion.