Here’s another good one from our man, Dexter. The following originally appeared in Inside Sports (September 30, 1981). 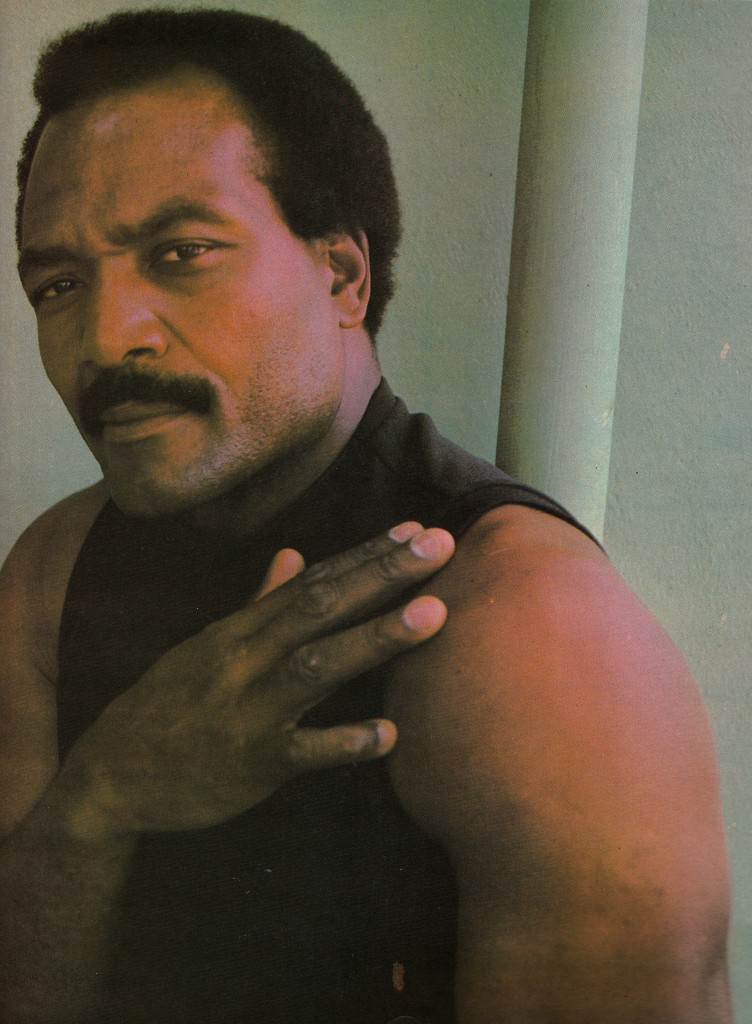 The old lion is still a bad mother,” he said. “He just wants to roam. Leave him alone. He’s fading, but he’s still a lion.”

St. Simons Island lies four miles off the coast of southern Georgia, connected to the mainland by a two-lane road, separated by saw grass and swamp.

It’s a quiet place with miles of hard-sand beaches, a place the big developers and the resort hotels somehow missed, where people work for a living and nobody has decided yet that you and your dog can’t drink beer on the beach.

For the first nine years of his life, Jim Brown lived on the island in the care of his grandmother and great-grandmother. He still calls the great-grandmother the love of my life. “She would say, ‘I love you forever,’” he said, “and for as long as I was on St. Simons, there was always the ocean and the white sand, and there was never a question of belonging.”

Jim Brown is 45 years old now. It hasn’t been like that for him since.

The island is a town. There is a main street, a couple of small shopping centers, churches, bars. A few rich neighborhoods, a few dirt poor. The poorest is Gordon Retreat, a dead-end mud road three blocks past the firehouse. Two-room houses, falling down, porches filled with old women and flowers. A long-armed girl stops jumping rope in the road when she sees the car. She stands, as still as the sun, and watches. The rope rests in her hair.

The address is on the right, halfway to the end. An old man sits on the porch in front of a television set, eating watermelon with a pocket knife, watching soap operas. Inside an old woman is dying of cancer.

She is on a hospital bed in the front room, staring at the ceiling. Her arms are as thin as the rails that keep her from falling into the night. There is a fan in the corner, the room is still hot. But it is her room, it is her home, her island. She has almost lived her life here now, and she would not move and have it finished somewhere else.

The old woman struggles up to shake hands, then drops back into her pillow. “Simple things,” she says. She catches her breath. A line of sweat shines on the bones of her chest, then tears and runs off into her nightclothes. From where she lies, she can look up and see the wall behind her. There is a picture there, freshly dusted, of a football player.

The football player is Jim Brown, the woman is his last connection with the white sands and a time when there was no question he belonged. The woman is his grandmother.

The house sits in the mountains over Hollywood, a couple of hundred feet off Sunset Plaza Drive. It’s a clear day and from the living room you can look out over the swimming pool and see Los Angeles County all the way to the ocean. At night, the lights could be your carpet.

“The house is worth a million-two, a million-four; and there’s the view and the pool and all that, but that’s not why he lives there. It’s the privacy.”

The man who said that is George Hughley, who is in the room off the kitchen with Brown now, playing backgammon. They play a loud game—a lot of standing up and shouting. The birds have left the tree outside the window until it’s over. Hughley was a fullback, too, a couple of years in Canada and one season with the Redskins. He is one of a handful of people Brown allows in close. “With George,” he says, “you don’t have to be more than you are.” There is Hughley and Bill Russell and maybe the girl who lives with him.

Her name is Kim, he met her at a roller-skating rink. She is 19 or 20, so pretty you could just stick a fork in your leg. She comes out of the bedroom to answer the phone with a pencil in her mouth, wearing Brown’s slippers and carrying an open book. The phone rings every five minutes. It is always for Brown.

“You’ve been around long enough to see that people come by all the time,” George said later. “They come and go—only a few matter to him—but it gives him the chance to choose who he’s around. As long as he lives, he’s going to be Jim Brown, the football player. He went to a place in human activity where he was all alone, where no one else was, and he’s one of the few human beings to achieve that singular status who didn’t insulate himself with flunkies. Up here, he’s got some control over who he sees.”

And they come by all the time, these people who don’t matter.

Just now, though, it’s only George and Jim and the backgammon board. They are playing for $50. A mason jar filled with vodka and apple juice is next to Brown on the table. George drinks from a glass, and he is winning. You can tell because he is making most of the noise. When the game turns, Brown does the talking.

George rolls the dice. “I’m the lawn mower now,” he says, “and your ass is the grass.”

Brown takes the gammon, doubling the stakes. He rolls. George rolls. They accuse each other of rolling too fast, then too slow.

They play for two hours and then, toward the end, in the middle of all the shouting and insults, something changes. George rolls before Brown has finished his moves—they have both done it 20 times—but this time Brown makes him take it over. George argues but finally gives in. The new roll beats him.

“Who was wrong?” Brown says.

George argues, points. Brown sits still, asking, “Who was wrong?” over and over.

And George gives in again. “I was wrong.”

Brown nods, it relaxes. It seems like a strange thing to want from a friend.

They play out the game and then George writes a check. The house is suddenly quiet, the birds come back to the tree outside the window.

Brown makes a new drink and sits down at the table. No matter how much he drinks, it never shows. “You got scared, George,” he says. “When you’re scared you don’t get nothin’. From the dice or nothin’ else.”

“Scared of what? Fifty dollars?”

“You went blind in your anxiety.” Brown is preoccupied with why people lose; it means as much as the winning or losing itself. A couple of days later, playing golf with Bill Russell, he will watch a man in the foursome ahead top a wood off the tee. The ball skips into some trees and the man screams and throws the club after it. Brown smiles. “I always wonder about those cats,” he says.

Now he says to George, “Anything you do, if you lose, don’t let it be because you give it up.” 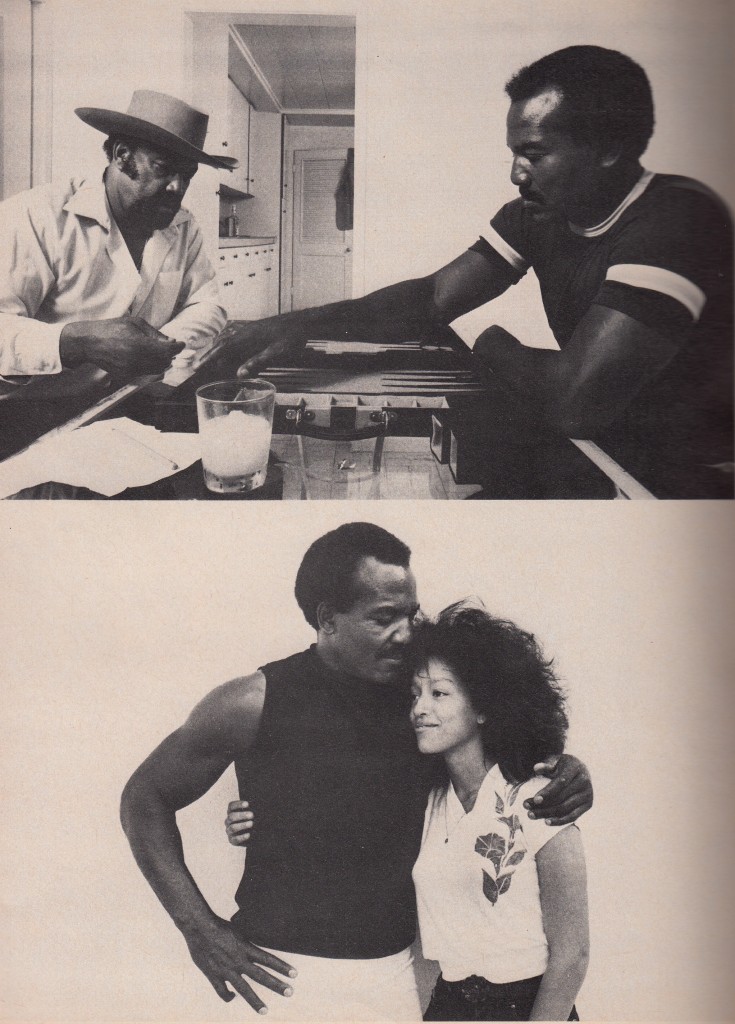 Later, George says, “People who don’t know us, they think somebody is about to die on the kitchen table. Of course, that what it sounds like, but it’s also Jim’s reputation. Smoldering violence. People want to believe that he won’t argue with them. He isn’t going to sit around explaining himself.