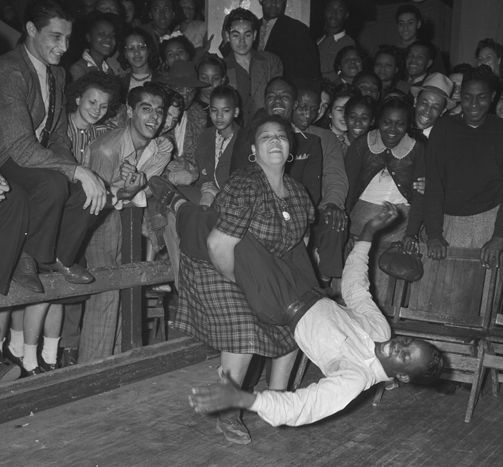 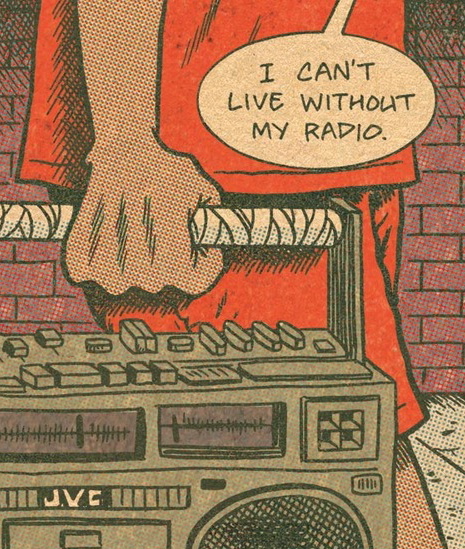 There is a new book about Def Jam Records.

Over at GQ, check out this excerpt on the arrival of Uncle L.

Return of the Boom Bap Means Just That

Dig this most awesome new book by photographer Lyle Owerko.

While we’re at it, how about a word from Uncle L:

Over at Lo-Hud, Chad Jennings looks at who could replace Alex Rodriguez at third. Some of the options include:

Brandon Laird: One of the season’s breakout prospects, Laird jumped to Triple-A at the beginning of August. He was in big league camp this spring, and he needs to be added to the 40-man this winter to be protected him from the Rule 5.

Kevin Russo: Already on the 40-man. Left a good reputation in New York. Hitting .284 this month in Triple-A.

Eduardo Nunez: On the 40-man without good Triple-A numbers all year. He’s primarily a shortstop, but the Yankees have given him starts at third base to increase his versatility.

Greg Dobbs: Or any other major league third baseman who’s been designated for assignment. That includes guys like Craig Counsell, Edwin Encarnacion and Geoff Blum. Brian Cashman said he doesn’t expect to make a move – and in this case I believe him — but there are some options out there.

Come on, what else could I write about during Shark Week?

Deep Blue Sea opens with an homage to and ripoff of Jaws, as do roughly 90% of all movies about dangerous aquatic creatures. Which is fitting, since Jaws impressed and traumatized me at a very young age and gave me a so far life-long fascination with sharks. I used to check over my shoulder in the deep end of swimming pools, looking for fins; I still to this day scan the horizon only semi-ironically if I’m in the ocean above my thighs. The idea of huge monsters in the murk coming at your vulnerable body from below… it still gets to me more than just about any other horror trope.

That’s one reason I started watching Deep Blue Sea when I came across it on TV for the first but certainly not last time, a decade ago. Another reason, I’m only slightly embarrassed to admit, is the early scene featuring Thomas Jane is a bathing suit:

Deep Blue Sea’s set-up is pretty simple: rich and famous executive Samuel L. Jackson is threatening to shut down the research of driven scientist Dr. Susan McCallister (Saffron Burrows… what? Her hair’s pulled back and everything!), so she flies him out to her floating lab to demonstrate how close she is to curing Alzheimer’s using protein from shark brains. (Indeed, the film’s conceit that a drop of shark brain fluid applied to dead human brain cells will cause them to completely regenerate and spark to life in 6.5 seconds is perhaps its most ridiculous moment of all, which is really saying something in a movie where LL Cool J kills a genius shark with an oven to avenge his dead pet parrot.)

Well, wouldn’t you know it, the sharks’ brains have been genetically engineered to many times their natural size, which made them smarter, “as a side effect.” When the storm hits, they turn the tables on the lab staff in a hurry. Their first assault gruesomely takes out Stellan Skarsgård and causes a huge helicopter crash (take that, Megashark!) that severely damages and floods the lab, kills Janice Soprano, and sets the brilliant demon-fish free to stalk the significantly less brilliant human characters.

The following scene (SPOILER ALEEEEEEEEEERT!) is by far the best in the movie, and almost single-handedly elevates it from so-bad-it’s-good empty calories to something a bit more. This Samuel L. Jackson speech, and its abrupt end, genuinely startled me more than a movie had in a very long time, and in a fun, wry, knowing way.

Obviously Deep Blue Sea is hardly the first movie to kill off what the audience thought was the main character much earlier than expected – see Psycho for the most dramatic example, decades earlier. But Deep Blue Sea gives you no previous hints that it’s going to be that kind of movie. Everything has gone according to the rulebook, and suddenly the rulebook is set on fire. And to do it in the middle of a big, dramatic speech about togetherness and cooperation – that’s just awesome. Sure, working together to overcome obstacles is great and all, but massive, vicious genetically engineered predators with rows of razor-sharp teeth will trump any amount of community spirit.

Dr. Saffron Burrows takes most of the movie’s blame for causing all the trouble by pushing nature (and pissed-off mutant sharks) way too far in her single-minded pursuit of an Alzheimer’s cure. “What in God’s creation…” wonders Samuel L. Jackson. “Not His,” says Stellan Skarsgård, “Ours.” He is, naturally, the first to die, though really it’s as much because he’s a smoker as because of his blasphemy.

This is what happens when you smoke, kids.

So the movie (like so many before it) posits that the Doc brought this misery on herself and her friends because she played God, but I tend to disagree. I think if you can really find a cure for degenerative brain illness, and the price of that is a few terrifying evil mutant sharks, you damn well go for it; the unforgivable mistake of the Deep Blue Sea crew was, rather, surrounding huge unnatural killing machines with freaking mesh wire fences. (Jurassic Park teaches the same flawed lesson about human hubris. I mean, go ahead and mess with nature – just don’t keep your only backup generator on the other side of the goddamn Velociraptor habitat! Common sense, people).

Deep Blue Sea was directed by Renny Harlin, whose spotty record includes the mega-flop Cutthroat Island as well as the minorly entertaining hits Die Hard 2 and the Long Kiss Goodnight. No one would really confuse him with an auteur, but he knows how to direct action and he keeps things taut. Meanwhile, the screenwriters are no one of any distinction. But somehow the movie has a spark of life and ingenuity and just sheer joy in its own stupid premise that elevates it above most similar summer junk.

For example, I have to give the film full credit for its handling of the obligatory leading-lady-in-her-underwear sequence, which often, in these movies, comes with only the flimsiest of pretexts. Here Saffron Burrows, having gone back to her quarters in a staggeringly stupid fit of determination to save her research, is attacked by a shark in neck-high water, stands on a desk, and takes off her wet suit to reveal her bra and panties… then stands on said wetsuit for insulation and fries the shark with a loose electric cable. I just can’t argue with that reasoning.

In the end, this movie is both saved and cursed by its self-consciousness. That’s what allows the writers to play with the rules of the genre so effectively at times, but it also stops the film from ever being particularly affecting – it never really lets you forget that you’re watching a movie, and a silly one. And so as entertaining as it is, Deep Blue Sea is never all that scary, or sad, or uplifting. It will not distract you from your popcorn.

Just as the movie opened in Jaws’ shadow, it closes there too – with a huge shark exploding in a fountain of blood and flesh, and two exhausted survivors (though not, I have to admit, the two I initially expected). Deep Blue Sea isn’t one fourth of the movie that Jaws is. But it connects to that same primal fear… and then adds hot people in wetsuits, and all manner of explosions, and ludicrous scientific jargon, and an original LL Cool J track. And I have now watched it at least four times.

This one isn’t in the new book of boxing poetry and song lyrics but still, Uncle L’s crossover hit is still worth dropping here: