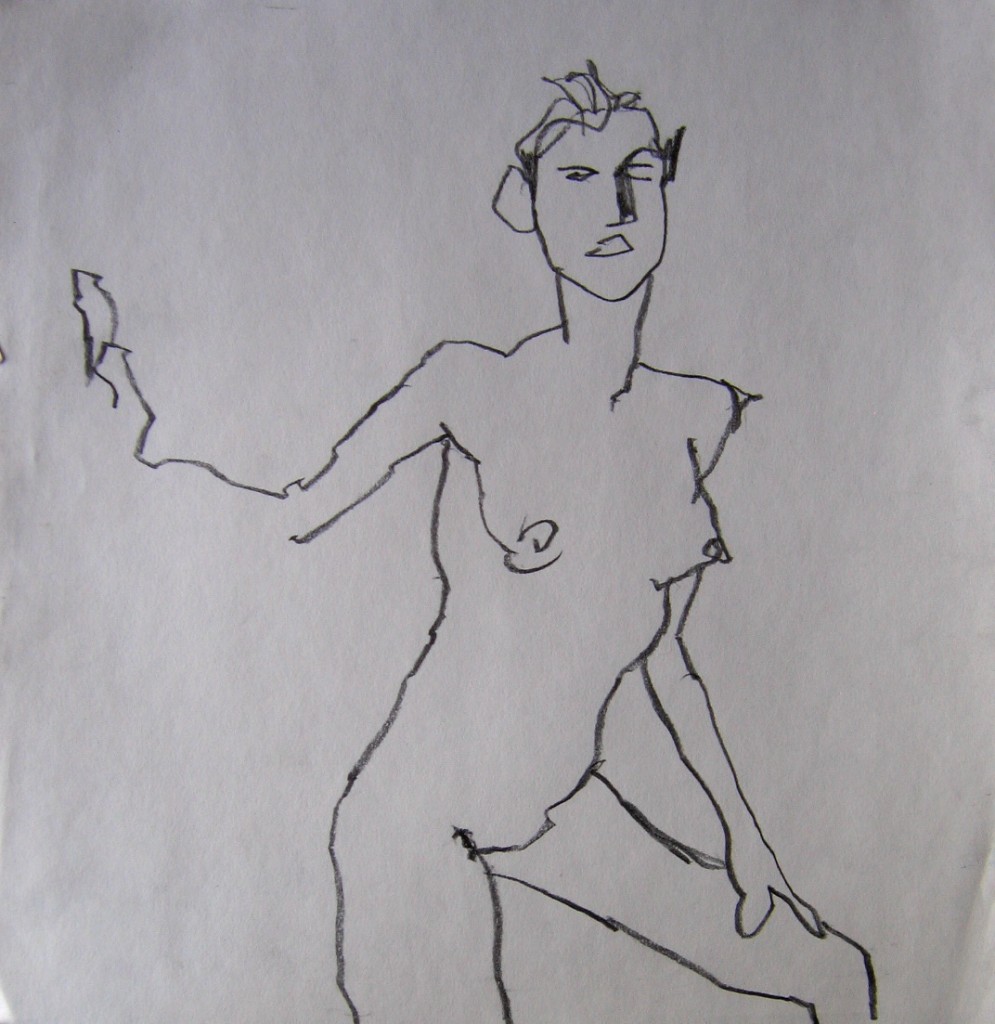 Nice piece in the Times by Rachel Howard about how writing is like drawing:

Five years ago, I walked into a third-floor art studio on the campus of the University of California, Berkeley, climbed atop a wooden stage covered in stained padding and dropped my ratty yellow bathrobe. A panel of strangers asked me to pose, and then to freeze. I had never modeled for artists, and had no idea how I would feel standing naked as people I had just met stared at me. The idea held some bohemian appeal, but more urgently, I needed to supplement my income as a freelance writer while I worked on a novel.

I made the cut, and became a member of the Bay Area Models Guild. I had hoped this gig might earn me grocery money. I soon grew to love the freedom and strange relinquishment of status that comes from offering your nude presence to artists. What surprised me the most, though, was how profoundly it changed my writing life.

Soon I was sent out on bookings, mostly to introductory college drawing classes. The professor’s approach was always the same. I was asked to do many sets of active one- or two-minute poses.

“Find the gesture!” the instructor would shout, as the would-be artists sketched. “What is the essence of that pose? How does that pose feel to the model? The whole pose — quick, quick! No, not the arm or the leg. The line of the energy. What is that pose about? Step back and see it — really see it — whole.” And then, my timer beeped, I moved to a new pose and the students furiously flipped to a clean page.

This “gesture” idea was fundamental. In painting classes, where I held the same pose for three hours (with frequent five-minute breaks, thank God), the paintings that looked most alive were built on top of a good gesture sketch, a first-step, quick-and-dirty drawing in which many crucial decisions about placement, perspective and emphasis were made intuitively.

In a gesture drawing, a whole arm that didn’t matter much might be just a smudgy slash, while a line that captured the twist of a spine might stand in sharp, carefully observed relief. The “gesture” was the line of organic connection within the body, the trace of kinetic cause-and-effect that made the figure a live human being rather than a corpse of stitched-together parts. If you “found the gesture,” you found life.