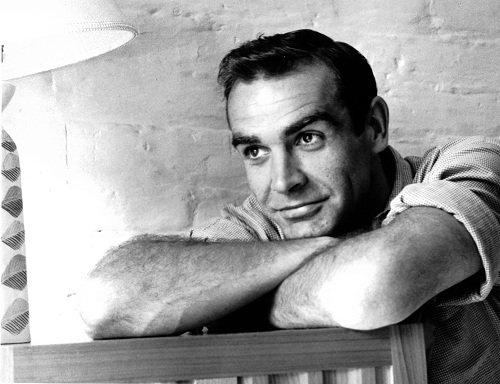 David Kamp on The Birth of Bond.

Check out this appreciation of Lumet from my friend Mike Fox, a British cameraman who worked on the second unit of “Lawrence of Arabia,” and “Lord Jim,” was was the camera operator on “Hope and Glory” and “Dangerous Liasons”:

I never had the privilege of working with Sidney Luemt, though close friends of mine did (on “The Deadly Affair”) when he was making films here. They liked him a lot.

I find it very difficult to place Lumet into any kind of genre, his films were so varied in content and technique. But his early brilliance was beyond the merest shadow of a doubt. “12 Angry Men” still stands even after all these years as the faultless paradigm for a one-set movie. (Hitchcock’s “Rope”, years before, failed miserably trying this.) How to analyse the success of “12 Angry Men”? God knows. Reginald Rose’s faultless screenplay; incredible casting; immaculate direction; atmospherics; credibility… I could go on. (One of the film’s many claims to distinction, according to Henry Fonda in various talk shows, was that it never returned its negative cost. In fact, I don’t believe this. United Artists – who bankrolled Woody Allen for years purely for the prestige it gave them – were one of the better regarded distributors, but they still used Hollywood’s notoriously bent accounting methods. On paper, distributors there could prove with ease, and did, that pictures like “Avatar” and “Titanic” actually lost them a great deal of money – thus relieving them of having to pay out contracted royalties to all and sundry.)

“Dog Day Afternoon” also broke new ground. Wonderfully made, and introducing Al Pacino as a young and remarkable actor (Marty Bregman’s protégée), whose performance was outstanding. (Pity he’s become a parody of himself, today much more a star than he was once an actor. It’s what Hollywood hype and big money does to talented actors.) And “Serpico” also deserves, at least, an honourable mention. But what always amazed me was “The Hill”. This subject was so British and Lumet’s direction so insightful, so perceptive, of all too typical British mores and class prejudices – embedded, double-distilled, into the British army – that I could barely believe that an American director could zero-in so accurately to their many British and very subtle dysfunctions. But Lumet did, and brilliantly so.

Having said all that: how can one pontificate on the work of a director who was so prolific; whose works were sometimes so great and sometimes so disappointing (“The Wiz”; “Gloria”–why a remake of a Cassavetes original done so well?; “Last of the Mobile Hot-Shots”). Of course, great creators must be allowed to fail. Even so, one always expected more and better from Lumet. And yet his better always tended to be of a type: New York, crime, cops, corruption, injustice, human weakness. So what. I know of directors pretending to greater talent who would give a kidney to have Lumet’s list of credits.

I guess if one had to sum up Sidney Lumet, one could do so by looking at the record: the film of his that was, run-away, the most deserving of 1958’s Oscar for Best Picture and Best Director was “12 Angry Men”. But it came up against David Lean and his “The Bridge On the River Kwai”, and they pissed it. Uncompromising art against hard-headed commercialism (gratuitously casting an almost redundant William Holden for American audiences). Lumet never ‘won’ and Academy Award, though he was honoured with one for his lifetime achievements.

It was great to have known Sidney Lumet – even if, personally, at second-hand. Without doubt, the movie industry was made a far better place for his presence.

You can get with this:

Or you can get with that:

The Choice is Yours.

I grew up with the Roger Moore Bond but think Connery was vastly superior.