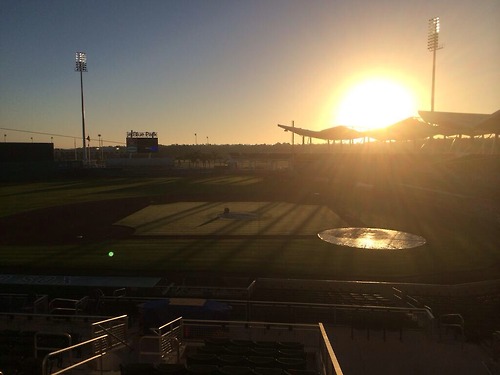 Charlie Pierce on the Sox:

The Red Sox of my youth [early 1960s] were losers, and not particularly lovable ones, either. They were shamefully late to integrate, and they lost enthusiasm for their work reliably around Memorial Day. They were not losers because they would reach the apex of the sport and then fail. They were losers because they lost, a lot. This is where I learned the basic lesson of being a Red Sox fan, a lesson that was lost for many years beneath an avalanche of mystical hoohah: It Could Always Be Worse.

So last season’s team was almost perfect. The local sports punditocracy spent almost the entire summer waiting for it to fail. This was partly because sports-talk radio is a job neither for grown-ups nor for advanced primates. But it also seemed for a long time to be grounded in empirical fact; sooner or later, the league would catch up to Koji Uehara, or Mike Napoli would strike out 111 times in a row, or Jonny Gomes would take a wrong step and send his kneecap spinning off into centerfield. I was waiting for it all to happen, and it never did. I waited for Tampa’s young talent to usher the Red Sox out of the playoffs. That didn’t happen. I waited for the Detroit pitching staff to melt their bats into a puddle. That didn’t happen. I waited for St. Louis’s obvious superior talent at most of the positions to assert itself. It could always be worse. But it never was.

This was the first Red Sox championship of the Post-Nonsense Era. It was achieved through the careful, and very wonk-based, construction of a roster that had precisely the right strengths at precisely the right times. And now, they are going about the business of defending that championship in much the same way. Winning is the newest normal. There are no curses to worry about anymore. Sometimes, a fishing knife is only a fishing knife.

Not for nothing but: there will be no repeat.