There was one kid who stood out among all the others. The one a coach is always hoping he’ll see: the kid who went after ground balls with a kind of liquid grace, whose hands were sure, who listened. Ernies Alemais was the coach doing the talking. First he talked to the kid and found out he had played four years of Little League but now, at 11, had no team to call his own and said he didn’t have the time to look for one. And then, when the fielding, throwing and hitting drills were done and a six-on-six Whiffle Ball game was, too, Ernies talked to the kid’s grandmother about a better tomorrow. 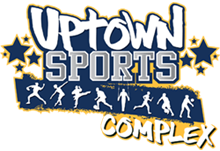 On the patch of Bronx real estate where he runs the Uptown Sports Complex between a funeral home and an OTB parlor, Ernies told her of the talent he had seen in her boy and how that talent could keep him in school and maybe someday take him to college. The kid’s grandmother smiled as if she had just been thrown a life preserver. Then she dipped into her purse and offered Ernies a tip.

The words were the kind Ernies Alemais lives to speak, and the kind he never heard when he was a kid himself. To look at him now at 35—well-scrubbed, meticulously casual in sandals, jeans and T-shirt, a Dominican Matthew McConaughey—it is hard to believe he never heard someone preach the gospel he lives by. But he was that rare Dominican kid who grew up without baseball.

There were no places like the Uptown Sports Complex when Ernies was growing up. His father wasn’t around either, though he gave him the first name with the odd spelling after seeing it on a bodega. But there was no time to teach Ernies baseball.

“I asked my dad a few years ago why he didn’t teach the game to me,” said Ernies recently, standing next to one of the hitting cages in the Complex. “He had no words for me. No words. He was sorry.”

That was enough for Ernies, an achiever who was the captain of the football team and class president at John F Kennedy in the Bronx during his senior year when it won the city championship. He was too small to play D-1 football, so six months after he graduated, Ernies got a job in building maintenance where he would remain for the next sixteen years. His aversion to school was in no small part because of his lifelong struggles with dyslexia.

“I got left back in third grade and they wanted to put me in Special Ed but my mother wouldn’t have it,” he said. “In junior high, I had Resource, which was between regular school and Special Ed.”

Ernies has always been bothered by his dyslexia, something he likes to keep private. But when he realized his dyslexia was going to come out in this post, he told me, “Well, if it’ll help one person who has dyslexia realize they can achieve things despite this handicap then go ahead and put it in. I’m not ashamed of it. I’ve compensated for my lack of book smarts with charisma,” he says.

“He isn’t cocky,” says longtime friend Jesse Garcia (also known around these parts as “Dimelo”), who was a year behind Ernies at JFK. “If he doesn’t know something he’ll ask. He doesn’t have a problem saying ‘I don’t know.’ I was reading about Derek Jeter the other day and the article said he feels that he’ll never fail. That’s like Ernie. He might fail but he always acts like there will be a successful outcome.”

Ernies is a featured player in a long essay I’ve got on summer sports in New York City over at SI.com:

It’s not that sports matter more to New Yorkers than they do to Philadelphians or Angelinos. What distinguishes sports here is New York’s quintessential diversity. In any given area of town, you will find any number of games being played by any number of nationalities, side-by-side.

Take Van Cortlandt. On this Sunday afternoon, I saw over a dozen soccer games, three cricket matches and six softball games being played at once in the open field on the west side of the park. A group of proud, hard-looking black and Spanish women trudged across the great field after a softball game just as a collection of dapper-looking West Indian and Pakistani teenagers convened for a cricket match.

Next to the field is the oldest public golf course in the country; and next to that are the riding stables. Below both are public pools, a cross-country track, tennis and basketball courts and more baseball fields. A couple of blocks away, tucked off 240th Street, is Gaelic Park, a treasure shared by Manhattan College and the Gaelic Athletic Association.

In the summer, off-the-boat Irish boys, strong, pink necked and pale legged, play terrific games of such primordial Viking sports as Gaelic football and hurling (think of field hockey, lacrosse, and baseball mashed together). Young women play football too, and then pound beers over by the picnic table. The field comes equipped with a bar. When I visited, a few hundred people sat in the bleachers. Across the field in the small press box, an old-timer fixed himself a cup of Barry’s tea and spread butter on a thick slice of Irish Soda Bread. “They ran out of scones today,” he said. A thin man in front of him packed up his laptop, having just finished an article on the women’s football match, and changed into shorts and spikes as he prepared to referee the hurling match.

I also saw a bunch of street basketball, at 145 and Lenox, at the Rucker and at Dyckman. And I got to meet Ruth Payne, a fascinating woman and double dutch coach who helped double dutch become an official varsity sport in the New York City school system. The fifteenth of eighteen kids, Payne never married and doesn’t have any children of her own. But early in her life she became the designated family babysitter and subsequently has been a mentor to dozens of children from her neighborhood of Bed Stuy, Brooklyn. Like Alemais, she is one of the good ones.

Emma Span helped out with reporting on this project and the accompanying videos were produced, shot, and edited by Collin Orcott, a talented J-school student who interned at SI this past summer. We put a ton of work into the assignment and I’m pleased with how it turned out.

great stuff alex (and emma).
it turned out really well - i can only imagine how much "hanging out" you had to do to put this together. i like the breadth of sports you covered. i am glad to see that these past times (that i think help make nyc nyc) are still around. i hope new york gets some of its unique fabric back soon.
the personalities of the peolple you met cae out too - the sports they were into seemed to really fit them.

one thing i really don't/didn't like about alabama is how few people, especially kids go to parks and just play. my dad grew up in detroit and he and his friends would play pick-up baseball and baseketball all the time. so growing up, my dad, my brother, and i would have 3 person home runs derbys or go play 21 full court - those are some of the best memories i have of the 3 of us.

Thank you Alex - (and Emma and Collin) I loved this on two levels. One, because it was simply awesome, and two, the upper Manhattan locales are where my Mom was born and raised (Arden Street) back when the neighborhood was Irish Catholic.

as a Manhattan College grad I loved this, although I think "treasured" probably isn't the word I would use to describe what we did to Gaelic Park when we would hold Senior Night events there...

Excellent piece of work.
Since I loved watched my dad play paddleball in the parks, and playgrounds of Queens back in the early 70's I would have enjoyed a little more on that, (no shortage of characters as I recall) -- but please don't take that as a complaint.. this was beautifully done.

[1] yeah, it's very sad to see empty suburban parks, and ballfields these days, and they're everywhere. If not for leagues, the fields around me get very little action in the summer time. Don't see too many pickup games of anything anymore. Get back outside, kids!
Me and my friends were outside playing something (stickball, wiffleball, baseball, soccer, basketball, paddleball, handball, tag, kick the can, etc.) from 7am until the fire flies went to sleep, all summer long.

This is just incredible stuff, Alex. I've spent a grand total of 7 days in NYC in my life, and this makes me regret never having lived there, or spending more time there.

I'm an optimist, so I will assume it's just a precaution.

[6] I'm an optimist at heart too, but it still concerns me.

FWIW, Will Carroll is on your side, Rich. I'm pretty sure he's talking about Robertson, but can't confirm.

I saw that Shaun, and had the same impression.

[9] Kays an idiot, and there is no way that happens. They will only carry three or four starters, and stock the pen. That means at most Mitre or Gaudin, and possibly neither.

Are there still extra days off during the PS series? I was under the impression a 4 man rotation would be used, and maybe a 3 man for certain series, depending on how things play out.

[5] Isn't going to see Dr. Andrews sort of like being called into the principal's office? Never anything good comes of it. You just want to minimize the damage.

Sorry for the lateness you guys...game thread above...

Alex, Great job with the piece.