I passed by Loeser’s on the way to the subway this morning.

I just had to take a picture and share it with you:

Nothing like thoughts of a knish wish at 7:15 in the morning, eh?

A visit to James “Dr Doom” Andrews is cause for concern. So Rafael Soriano went to see the good doctor today. The verdict: Soriano will be out 6-8 weeks.

Could have been worse…thank goodness for David Robertson.

Smitten Kitchen, I love you.

The Yankees picked up today right where they left off in the ninth inning last night. Back-to-back doubles by Derek Jeter and Curtis Granderson drew first blood in the first inning; that was followed by a two-run Andruw Jones homer in the second, and a Garnderson double and Mark Teixeira homer in the third. Jones’ second two-run homer three innings later was nice insurance, but the Yankees had the game well in hand by then.

Freddy Garcia, meanwhile, hasn’t been as impressive as Bartolo Colon this year, but I wonder if his generally competent but non-dazzling performance is more sustainable. Garcia gave the Yanks 6.1 innings and allowed three earned runs, walked none and struck out four, and his ERA stands at 3.26. I doubt that’ll last, but he’s already contributed much mroe than I would’ve guessed. Can’t complain.

After Robertson and Chamberlain did their parts, Mariano Rivera took care of the ninth – it wasn’t a save situation, but he needed to get some work in. It was his 1,000th career appearance, and like most of them was largely uneventful – single, fly out, fly out, strikeout. What does 1,000 appearances mean to you?, Kim Jones asked him after the game. “It means I’m old,” Rivera said.

Yeah, we should be lucky enough to get old like Rivera is old. 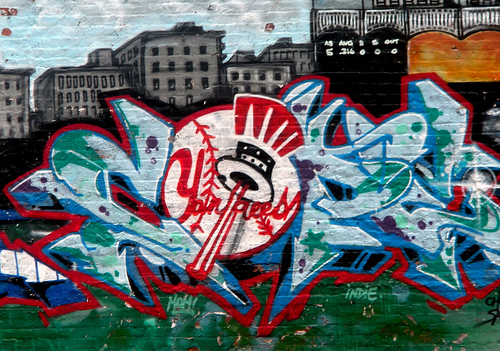 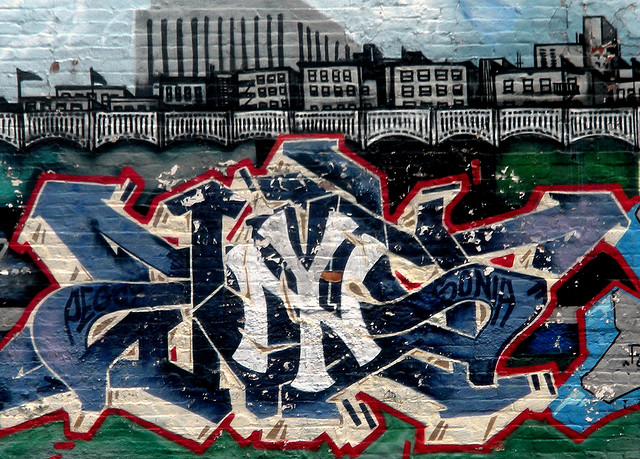 When I was a teenager I spent four summers working at a day care center on the upper west side. There was a copy of this poster on the wall in the toddler’s room. Eventually, it was given to me. I cherished it.

Today through Friday, “The Lady Eve” will be shown at the Museum of Modern Art at 1:30 p.m.

Man, how I wish I could play hooky and catch it on the big screen. It features one of the classic seduction scenes of all time.

Bob of the Day

Here’s some Bob tracks, suggested by Matt B:

On the subway this morning the conductor said, after each stop,  “Stand clear and watch the closing doors.”

Then: “Okay, here we go.” Here we go. He made it sound fun and exciting, as if we were strapping in for a roller coaster ride. Like we were all in it together. Bound for something good.

I thought that as cool, especially on such a beautiful morning. It’s been raining for weeks here and you put up with weather like that because–well, because you have no cherce. But for all those dreary days you get one like this. Picture perfect. Like this:

[Painting I did of model, Santa Monica, 1997–gouache on paper]

Some of the Yankees’ most memorable moments at home over the past 15 years have occurred in the month of May. In 1998, David Wells’ perfect game against the Twins and the brawl against the Orioles sparked by Armando Benitez’s plunking of Tino Martinez took place May 17 and 19, respectively. In 2002, Jason Giambi’s 14th-inning game-winning grand slam in the rain, also against the Twins occurred on May 17.

Here we are in 2011. The Yankees had only won four home games this month. “Consistently inconsistent” would probably be the best description for their play. The pressing trend has been the team’s inability to hit with runners in scoring position. They were too reliant upon the home run.

Speaking of home runs, this series against the Blue Jays was billed as a duel between the Majors’ top two home run hitters: Jose Bautista of the Jays and Curtis Granderson of the Yankees. Bautista won Round 1 Monday night. Granderson won Round 2 on Tuesday. Granderson keyed the Yankees’ comeback from a 4-1 deficit with a leadoff double in the eighth inning, leading the “Thank you for taking Ricky Romero out of the game” charge. He later scored on Robinson Canó’s RBI double. With two outs in the ninth, Granderson singled to drive in Chris Dickerson, tying the game at 4-4. Minutes later, he scored the game-winning run on Mark Teixeira’s single.

Granderson went 4-for-5 on the night, bringing his current line to .275/.347/.618. He has been the Yankees’ best all-around player this season, and a top-5 player in the American League. Granderson remains second in home runs to Bautista, is fourth in RBI, second in runs scored, third in slugging percentage, and fourth in OPS.

Let’s not get too far ahead of ourselves, though. We don’t yet know the identity of this Yankee team, or where they’re going to end up. For one night, here’s what we do know: Curtis Granderson’s efforts led to another pie at Yankee Stadium III. They made a winner out of CC Sabathia, who delivered the Yankees’ first complete game in 341 starts.

And they put the Yankees in first place.

Enough of this love-makin’ whadda ya say we win!

The Long and Short of it

All the Yankees do is hit home runs. This is a good problem, no? Jay Jaffe talks turkey over at PB:

The real, underlying problem is that the Yankees aren’t hitting particularly well with runners in scoring position. Their .245/.334/.431 line in such instances actually ranks fourth in the league in OPS and sOPS+; they’re 15 percent better than league average in this regard. They’ve accomplished this despite ranking just seventh in batting average with RISP, and 13th — second to last! — in BABIP (.258, 24 points below average) with RISP, because they’re second in isolated power, and third in unintentional walk rate under such circumstances.

Now as we know, balls in play aren’t entirely under control of either the batter or the hitter, though on a year-to-year basis, they correlate better for the latter. The Yankees hit .300 on balls in play last year, fifth in the league and five points above league average; they were at .292 with RISP, one point above average. With a virtually identical cast of main characters this year, they’re hitting .274 on balls in play, 12th in the league and 11 points below average, and 24 points below average with RISP. Yet the Yankee offense is still the AL’s strongest; in fact, they’re stronger relative to the league than last year. The Yanks are scoring 0.96 runs per game (or 22 percent) more than average in 2011, compared to 0.85 runs per game (or 19 percent) more than average in 2010. Yet because a small handful of hits haven’t dropped in as they normally would — and because they’re allowing more runs relative to the league than last year (from 0.14 below average to 0.02 below average) — they’re suddenly too reliant upon the home run.

It’s true that without the home runs, the Yankees would be in worse shape. This is akin to saying that without legs, your ability to outrun a ravenous cheetah would suffer somewhat. The home runs have allowed the Yankees to overcome the days when their offense is otherwise kept at bay. Fourteen times this season, the Yankees have collected at least three hits in a game with runners in scoring position. During those games, they’ve hit .310/.440/.551, averaged 8.14 runs, and hit 1.93 homers en route to an 11-3 record. Meanwhile, they’ve failed to collect a hit with runners in scoring position in 11 games, batting a Posada-esque .187/.311/.363, averaged 2.81 runs and 1.36 homers. They’ve gone 5-6 in those games, which is pretty impressive when you consider that teams scoring exactly three runs have won 36.1 percent of the time this year, and those scoring exactly two runs have won 21.8 percent of the time. Extrapolating from those two figures, a team scoring 2.8 per game should win 33.2 percent of the time, so the Yankees are about 1.3 wins better than average on that score.

[Image via Keep Cool But Care] 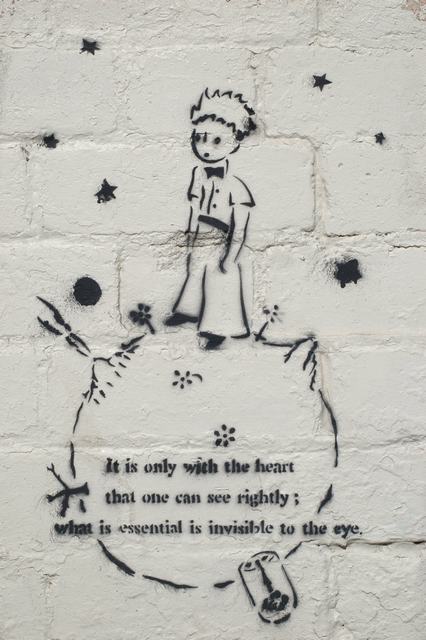 Grew up with this book, the French version, my mother’s copy.

Jose Bautista is not clean-cut or especially likable. He’s got an attitude, he wears a black hat, and man does he wear it well. Good for him. Not every star should be polished or cute.

Over at SI.com, Joe Sheehan explains why Bautista is anything but a one-year wonder:

Bautista isn’t Bonds. He’s Joe Hardy. He’s Roy Hobbs. He’s come out of, if not nowhere, a shadowy past we don’t completely understand — “the Pirates,” as they’re known — to do something completely unprecedented in baseball history. Players have made leaps before, as the great sluggers of the 1990s did. Players have come into the league and played at Bautista’s level, as Thomas and Albert Pujols did. Players have even had one completely insane season, like Bautista’s 2010, then regressed to a lower level of performance.
For someone to be a non-entity through six seasons and 2,000 plate appearances, then become the most dangerous hitter in baseball? We have no precedent for that, which is why I spent the winter — from November in Phoenix to March in print — insisting that he couldn’t repeat his ’10 season. This is watching Babe Ruth throw a shutout in 1918 and knowing he’d become the all-time leading home-run hitter, or watching the Boston Braves get swept in a July 4 doubleheader and seeing the 1914 world championship team forming. Jose Bautista couldn’t have gotten arrested two years ago, and now he’s the biggest story in baseball. Forget analysis, breakdowns, your favorite team, your fantasy team, who said what about whom back in January. When Jose Bautista comes to the plate, people stop and they watch. He’s making the 2011 season for baseball fans.

Some of what I’ve been reading…