Robert Creamer died yesterday. He was one of the old school Sports Illustrated writers. Later, he was an editor at the magazine, as well as the author of major biographies on Babe Ruth and Casey Stengel. Creamer was also featured in Ken Burns’ Baseball documentary.

Read this piece on Creamer by Jack McCallum. (The Times doesn’t have an obit posted yet.) 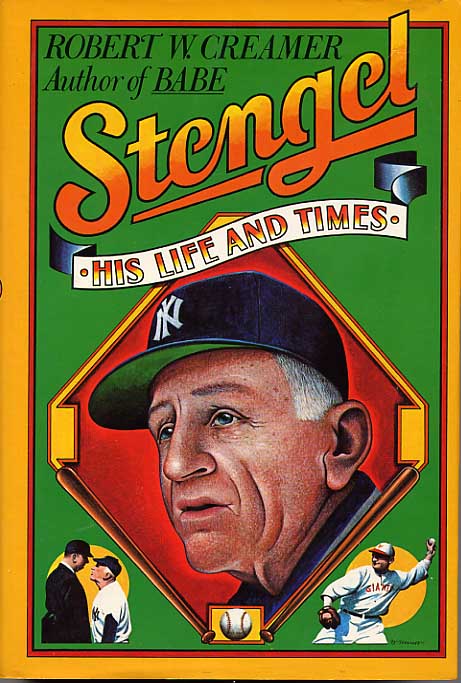 Just last week, I ran across a letter Creamer once wrote to the New York Times concerning John Lardner:

Admirers of fine writing about sports consider John Lardner to be at least the equal and possibly the superior of such masters of the craft as Red Smith and W. C. Heinz. If he had lived longer, there is little doubt that he would have produced more excellent work, but what John Lardner achieved was certainly what his vast talent promised.

Dig this 2002 article by David Margolick on a gang of baseball writers–including Lawrence Ritter, Ray Robinson and Creamer–that got together every month to schmooze.

Here’s a sampling of Creamer’s work from SI:

Check out the big excerpt SI ran from his Ruth biography. And while we’re at it, how about another?

Finally, here is a terrific 1964 profile on Vin Scully, “The Transistor Kid.”

One of the greatest who ever did it, now time to print alllll of this out to read tonight

Somewhat off topic, Jack McCallum's website is pretty sweet. I always thoroughly enjoyed his writing, so I'm not surprised I like it on the web, too.

[1] Holy smokes, the Scully piece is fantastic! Not just for the information about Scully, but incredibly well written. You're going to enjoy it later.

2) I didn't know about it until today. Glad I found out about it.

imagine being a fly on the wall for one of those Robinson/Creamer/Ritter lunches...

5) I went to one, but after Ritter passed away. It was at Mickey Mantle's. Al Silverman and Ray Robinson was there. Ira Berkow, bunch of other guys. Ray is the best and I have stayed in touch with.

Funny about that article--and Margolick is a really good writer--it took place at Ernie's, which is no longer around. But I used to go there when I was a teenager in the 1980s with my Dad. It was a happening place during that time. We had a friend who was a waitress there. I'm sure Yankee Mama went once or thrice.

Sad to hear about Creamer. I enjoyed his writing style.

As per Ernie's, not only had I been there more than thrice, I knew the owners, having been best friends with Ernie's niece growing up. It was happening indeed.

7) Ah, I knew I could count on you, you Upper West Side maven you. Ernie's had that 1980's Bright Lights, Big City vibe if I recall correctly.

[8] I always have your back, AB. And yes, it was a cocaine-ish crowd back then. Not that I can recall a place in the city that wasn't during the decadent '80's.