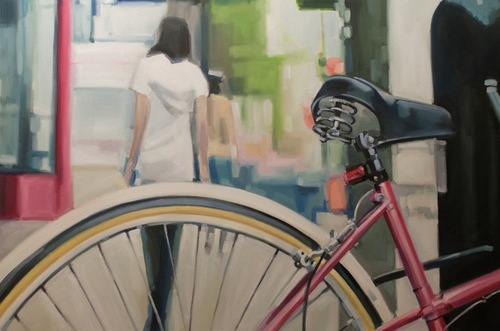 A COUPLE of weeks ago, I saw a stranger crying in public. I was in Brooklyn’s Fort Greene neighborhood, waiting to meet a friend for breakfast. I arrived at the restaurant a few minutes early and was sitting on the bench outside, scrolling through my contact list. A girl, maybe 15 years old, was sitting on the bench opposite me, crying into her phone. I heard her say, “I know, I know, I know” over and over.

What did she know? Had she done something wrong? Was she being comforted? And then she said, “Mama, I know,” and the tears came harder.

What was her mother telling her? Never to stay out all night again? That everybody fails? Is it possible that no one was on the other end of the call, and that the girl was merely rehearsing a difficult conversation?

“Mama, I know,” she said, and hung up, placing her phone on her lap.

I was faced with a choice: I could interject myself into her life, or I could respect the boundaries between us. Intervening might make her feel worse, or be inappropriate. But then, it might ease her pain, or be helpful in some straightforward logistical way. An affluent neighborhood at the beginning of the day is not the same as a dangerous one as night is falling. And I was me, and not someone else. There was a lot of human computing to be done.

nice way to capture this experience.
a few years ago i was on the c from harlem to bk on a sunday with a young women who was crying from the time i got on until she got off in lower manhattan maybe at canal. i was reading a book but i looked up every so often to make sympathetic eye contact just in case she wanted to say something. i never said anything and neither did she, it was that really sorrowful crying, i hope she got through it.

"Attention is the rarest and purest form of generosity."