In a Sentimental Mood

I’ve written a lot about Andy Pettitte this winter, and of course by now, with spring training less than two weeks away, it’s not exactly a shock that he’s retiring. It’s bad news for the Yankees, whose rotation is not exactly AL East-ready, but I’m more bummed that I just won’t get to see Pettitte pitch anymore. More than any other current player he appeals to the lizard-brain part of my fandom, formed when I was still more or less a kid, and went to the Stadium for the first time, and had my mind blown. Andy Pettitte was on the mound when I fell in love with baseball, and I don’t think I can really be objective about him, even after all these years.

The is-he-a-Hall-of-Famer discussion has already broken out, and I think the answer to that is probably no. But he was certainly a pleasure to watch. Even more so in his later years, when he relied less on stuff and more on control and, for lack of a better phrase, know-how. The stat-head in me hates using wishy washy phrases like that — he had grit! he was gutty! — but like I said, when it comes to Pettitte I really can’t help myself. As I’ve written in this space so many times over the last few years, Pettitte just knew what the hell he was doing out there.

It’s interesting how little his admitted PED use seems to have affected his reputation. I’m not someone who gets particularly exercised about steroids in general, but even so, it’s usually a factor I take into account when looking at someone’s career. And I’m as cynical about athletes as the next person. Yet, when Pettitte says he only used it two times when he was injured once and then stopped, I do find myself believing him. I don’t know why and it’s probably not intellectually justifiable. I got to talk to Pettitte only a couple of times back in 2006 and 2007 when I was writing for the Village Voice, and yes, he was remarkably nice and seemingly sincere, though perhaps not the world’s deepest thinker. He didn’t seem annoyed to have to answer questions, he looked you in the eye and thought about his answers. That may not sound like much but for a star player, it kind of is.

But anybody can play nice in the clubhouse for a few minutes. I think more than that, what endeared Pettitte to fans is how we all saw him react to games: he was harder on himself than anybody else ever was. Paul O’Neill-style, but without the rage. When he pitched poorly he excoriated himself afterwards; when he pitched well, he always focused on his lucky breaks or the things he could have done better; and when he pitched excellently he praised his catcher. Every time. No wonder that, per Jon Heyman, “Pettiite is telling people he is feeling good but he just couldn’t get up for the grind of the season.”

Anyway, forgive me for the uncharacteristically sentimental post, but Andy Pettitte just has that effect on me. Maybe that’s why I’ll miss him so much, and why I regret that the fans won’t have a chance to say a proper goodbye, embarrassing the heck out of him on the mound.

Looks like Andy Pettitte’s playing days are over. Michael Kay’s got the scoop. 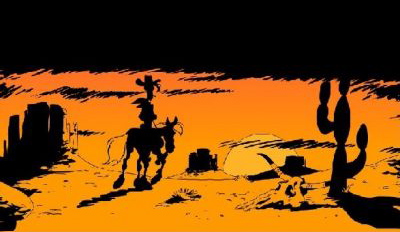 It’s been a wonderful career, Andy, and we’ve appreciated watching you pitch. Thank you, kindly.