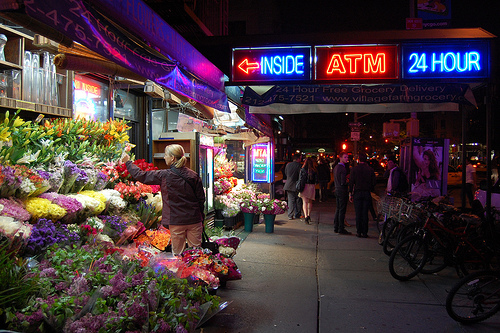 Last night I was on Broadway and 103rd street buying flowers for the wife before I got on the train. Who should come out of the bodega but an old friend. My cousin’s best friend for more than forty years (this is my cousin, the film editor, who was responsible for hooking me up with my first job in the movie business). The two of them told me about “The Rocky Horror Picture Show,” and took me to see “Valley Girl” when I was a kid, a big deal because it was a rated R movie; I covered my eyes every time there was a nude scene.

I remembered seeing that movie with them just a few days ago and now here was my cousin’s friend in front of me. I don’t remember the last time I’d seen her.

We caught up and made plans to get together. Then a woman I worked with in the movie business walked up to us.

My cousin’s friend said goodbye and now I was talking to another old friend. We’d worked together on “The Big Lebowski.” I was in the picture department and she was in the music department. We too caught up on old times–she still works in sound editing, is getting married next month–and when it came time to say goodbye I quoted her favorite line from “Lebowski,” a line we used to say to each other all the time during the post-production of that show.

I started down the subway steps and said, “Gave the Dude a beeper.”

And she said, “Gave the Dude a deeper.”

I was halfway down the steps when I heard a male voice, guy walking down the street, say, “Gave the Dude a beeper.” 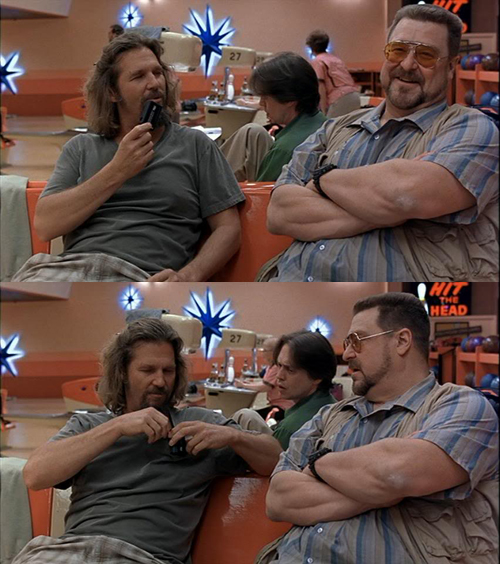 How odd yet cool to have worked on a movie that became a cult hit. And how wonderful to have a New York Minute with old friends.

Tags:  gave the dude a beeper  the big lebowski

haha - that is cool.
running into random people in nyc is a great ny minute.
i was around that way last night myself at the hair place.

1) If I'd run into you as well, that would have made it perfect!

Valley Girl was Nicholas Cage's peak. It had a great soundtrack too, especially "A Million Miles Away."