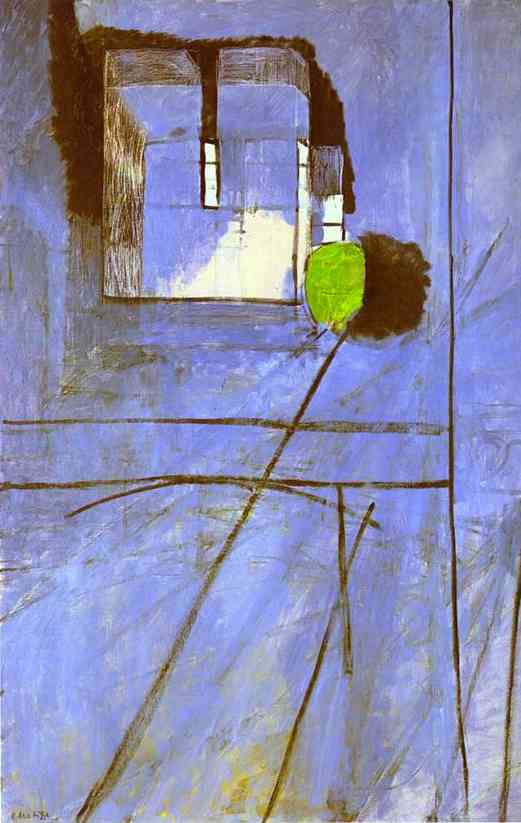 Yo, I was on Jesse Goyd’s Buckshot Boogaloo Podcast recently where we talked about Lucian Freud, Francis Ford Coppola and Mariano Rivera. Dig it.

I like to go to the Matisse room at the Modern and just sit in front of this picture for a good while.

Here’s John Richardson on the picture:

Few, however, have spotted that it is a baton in an artistic relay race that goes from Cézanne to the great period of Matisse’s that this show celebrates, to Cubism. In a letter Matisse wrote to a friend in 1914 was a sketch of a goldfish bowl on a table set off against the railings of his studio balcony. The sketch included the artist himself, holding a rectangular palette just as his hero, Cézanne, does in a famous 1885 self-portrait. In the course of working on the painting, however, Matisse did a vanishing act, whittling his image down to a vestigial scaffolding. All that remains is the palette with a thumb in it. I see this iconic white rectangle as the baton in the relay race of modern art. Trust Picasso to pick up on it, when, a year later, he came to paint his tragic, self-reverential Harlequin (which also belongs to MoMA). Seeing this late Cubist masterpiece, Ma­tisse hailed it as his arch-rival’s greatest work to date, because it owed everything to him. For years, nobody could figure out what he meant. The link? What else but Cézanne’s palette. Cézanne had passed it on to Matisse, who had used it to signify himself. Ma­tisse had then passed it on to Picasso, who had turned it into a barely perceptible self-portrait on a rectilinear canvas his Harlequin alter ego is clutching. Subsequent abstractionists would pass the baton from one to another until there was nothing left but a blank rectangle.

I love seeing all the under painting, you can see the work, and imagine Matisse busting his tail to resolve the picture to his liking.

Bags Grooves to Matisse at the Modern.

Since we’s in Morocco and all…