Got That Lyrical Chicken Feed for All Chicken Heads

It’s raining again in New York this morning and that’s a good thing–boy, do we ever need the rain. The Yanks are in Texas for three games to start the week. The Rangers are the best team in baseball.

Check out this piece by Marc Carig for the Star-Ledger;  this one by Tyler Kepner on the Rangers’ general managerJon Daniels, while over at River Ave Mike Axisa looks at the Yankees rotation for the series.

We’ve heard it before, but c’mon, Klap, tell us again. 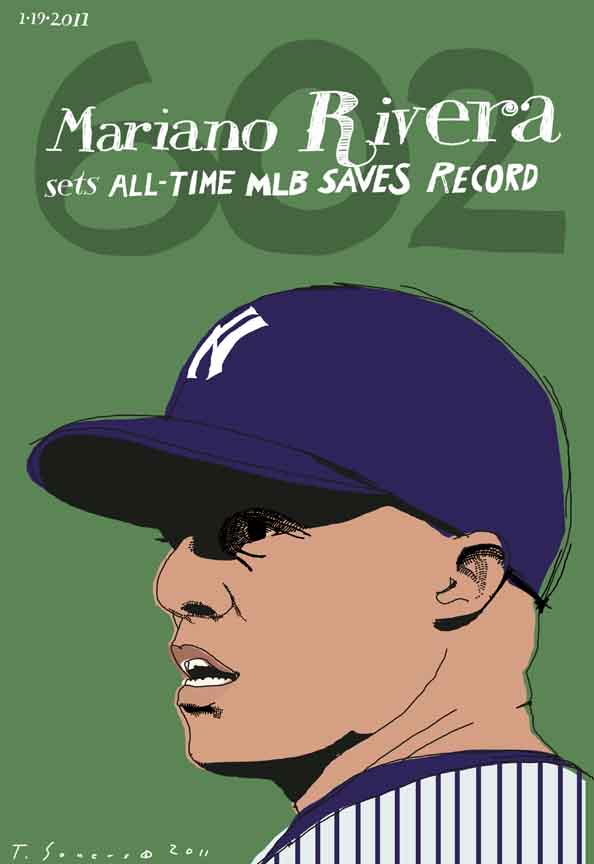 Around the dial, dig these ALDS previews, predictions and other good stuff:

First up, our man Cliff over at SI.com:

As a result, those two aces, arguably the first and fourth best pitchers in the American League this year, will only face off once in this series and will be opposed by lesser pitchers should their second starts be necessary. That also means that Doug Fister, who went a Doyle Alexander-like 8-1 with a 1.79 ERA and 11.40 K/BB in 11 games after being acquired from the Mariners at the trading deadline, will only start once, even if this series goes the distance.

2. Ivan Nova
Verlander and Fister will still start three times in this best-of-five series, which is good news for the Tigers, who were 18-3 in games started by those two since the latter’s acquisition. In two of those starts, including a potential double-elimination Game 5 against Verlander, the Yankees will counter with Ivan Nova, a rookie who was farmed out to Triple-A in July. That’s a heady assignment for a rookie, not that he hasn’t earned it. Nova went 8-0 with a 3.18 ERA in 11 starts after returning to the Yankees rotation, and really shouldn’t have been demoted in the first place (though one could argue that he returned with greater purpose and effectiveness). However, even over those last 11 starts, Nova’s peripherals have been underwhelming (5.7 K/9, 2.35 K/BB). If the Tigers’ formula for winning this series is taking the three games started by their top two starters, the Yankees’ formula for winning the series just might require winning one of Nova’s two starts against the Tigers’ big two, and if the Tigers take Game 1 behind Verlander, there’s no other way for the Yankees to win the series.

Larry Koestler at The Yankee Analysts

And over at Was Watching Jeff F offers 25 things we didn’t know about the 2011 Yankees.

Be sure to check out these sites as well as Replacement Level Yankees, YFSF,  River Ave Blues and No Maas for all the Yankeeness you can handle.

[Photo Credit: Your Very Own Contrapasso]

For weeks I’ve been thinking that if the Yanks play the Tigers in the ALDS they’ll lose. Too much pitching from the Tigers, too much Miguel Cabrera. I’ve held to that, but last night, as I tried to fall asleep I started to change my mind. This is a series the Yanks can win. Yeah, the Yanks should fear the Tigers but the Tigers should also be ascared of the Yanks.

I like Freddy Garcia pitching Game 3 in Comerica more than down in Texas. I like C.C. holding his own against Verlander. I like the Yankees’ offense, even if I think that Cabrera, win or lose, will be the best player in the playoffs this year.

Here’s the guy that worries me. Doug Fister. Game 2 is the series. He’s been great since joining the Tigers. But he’s got to pitch on the big stage in New York now. Still, he’s the guy that scares me.

Knock ‘Em Out the Box

Yanks down in Tampa for three to end the season. The Rays are fighting to make the playoffs and they need some help from the Orioles. The Yanks are looking to rest some guys and keep everyone healthy for the ALDS.

Cliff with the preview.

The Last Dance: All Warshed Out

Yanks have a chance to make life miserable for the Sox this weekend.

Supposed to rain for the next three days.

Prelude to a Schtick

Think it’s been weird for Sox fans to root for the Yankees? One of my Sox buddies was cheering with no problem cause he said the alternative was hockey season. Another Sox friend, however, refused to budge. I thought he just didn’t want to give me the satisfaction. Then he said, “What makes you think I want to watch these bastards anymore?”

A month ago, did anyone think the final series against Boston would be essentially meaningless for the Yanks? Dag. 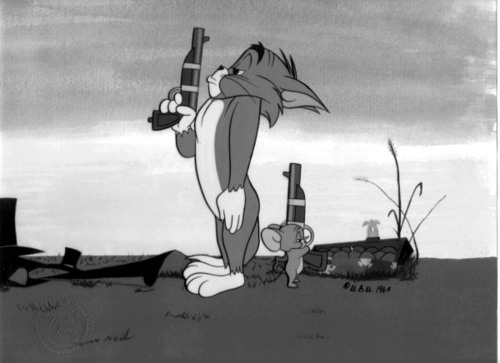 Yanks and Rays start a four-game serious at the Stadium tonight.

Get it in Gear 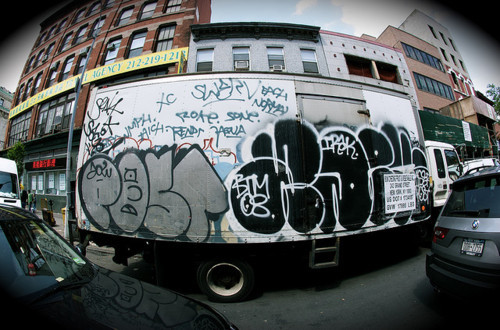 I won’t belabor the pernt but this is a game the Yankees should–and must–win. They are playing a hapless Twins team. So no excuses from Burnett. He needs to shut them down. Score Truck should take care of the rest.

Cliff has the preview. 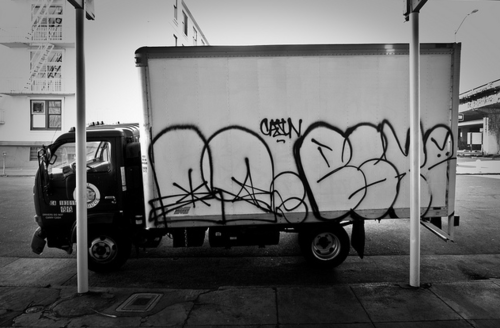 Yanks in Toronto and Cliff’s got the preview.  Score truck anyone?

Alex Rodriguez won’t play tonight though he may play tomorrow or Sunday.

[Photo Credit: The Harsh Truth of the Camera Eye]

Line ‘Em Up and Knock ‘Em Down

The Yanks will have nobody to blame but themselves if they don’t win the American League East. Yeah, they are facing Felix Hernandez tonight but you gotta figure they should win this series against the Mariners.

Cliff has the preview.

Up all night, we cheer:

Yanks are in California for three games. Must-win time for the Angels who are chasing the Rangers for first place in the AL West. Tonight gives Jered Weaver.

Yanks back home to face the Jays.

C.C.”I Got My Pride” Sabathia goes against Big John Lackey.

The Yanks start a series in Baltimore tonight. They are scheduled to play five games in the next four days. I say they get a couple in, maybe three.

We’ll be around this weekend. Who knows what this weather will bring. The subways will stop running tomorrow afternoon as the city prepares for the worst. If you don’t see any updates it’s because we’ve lost power temporarily. Hopefully, it won’t come to that, although the wife did buy an ark today at Costco just in case.

In the Boogie Down Boom Boom Room

Bartolo “Diego Rivera’ Colon is on the mound tonight as the Yanks start a three-game series against the A’s at the Stadium.

Alex Rodriguez was a late scratch with a sore thumb. All the same, our purpose remains:

The Yanks are in Minnie for four games. Cliff’s got the preview:

A popular pre-season pick to repeat as AL Central champions, the Twins have had nothing short of a disastrous season. On June 1, the Tigers completed a sweep of the Twins at home, dropping Minnesota to 17-37 (.315) and 16.5 games back in last place. The Twins perked up a bit from there, going 33-22 (.600) in June and July and cutting their deficit in the division to five games on July 20, but they were playing over their heads during those two months as they allowed as many runs as they scored during that span and never got above fourth place. They have since returned to their early-season level, playing .286 ball in August and falling 10.5 games back in the Central, which seems closer to their actual level. According to third-order wins, only the Astros have been worse this season, and a quick look at the Twins roster shows little reason to expect them to pull out of their current slump.

To begin with, the Twins had Joe Mauer and Justin Morneau in the lineup at the same time in just eight of their first 117 games. They went 2-6 in those games, two of them coming against the Yankees in early April, both losses. With Morneau being activated from the disabled list on Friday, the Twins have now had Mauer and Morneau in the lineup in each of the last five games, but have won just two of them, scoring a total of four runs in the other three. It’s too early to know what to expect from Morneau, who hit .226/.281/.338 through early June before hitting the disabled list with a herniated disc in his neck that required surgery later that month. Mauer, who missed two months early in the season with bilateral weakness in his legs, a neurological condition effecting the strength of his leg muscles, has hit just .289/.356/.353 since his return in mid-June and has started behind the plate on four consecutive days just once since then and three consecutive days on just two other occasions.